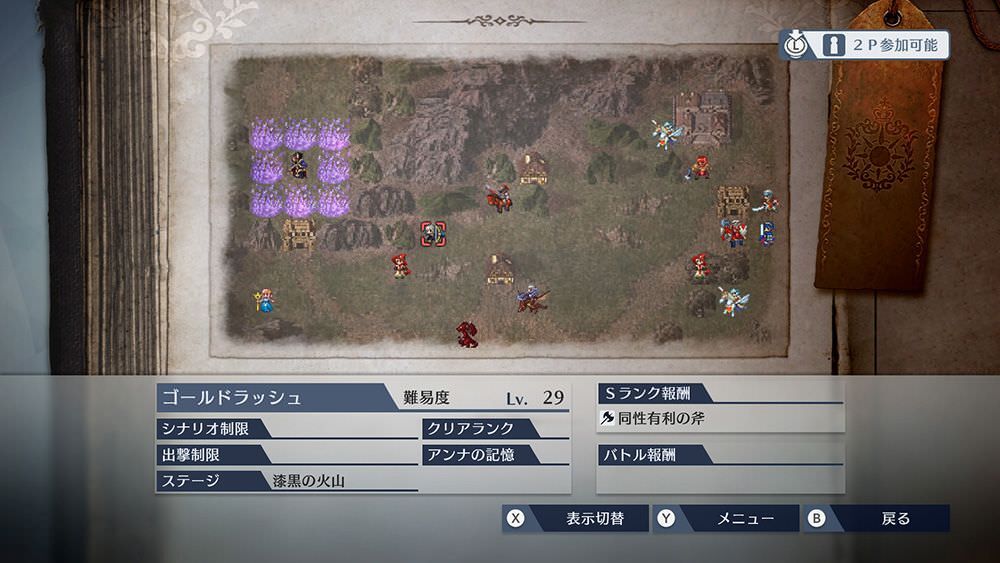 Chapter script
[view]
“The Samsooth Mountains' gnashing peaks rose up and divided the peninsula. They came to be known as the Ghoul's Teeth. The bandits who ruled atop the craggy crowns took the name Soothsires.”

A Brush in the Teeth is the first History Mode map of the Fire Emblem Warriors Shadow Dragon DLC pack. It takes place in the Samsooth Mountains and is based on the chapter of the same name in Fire Emblem: Shadow Dragon. This map focuses on Navarre.