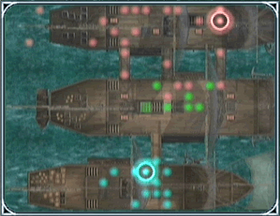 Chapter script
[view]
“Ugh! No matter how many we defeat, there are more waiting to attack! And not just those ravens of Kilvas, either-- there are beorc, too. What do they all want here!?”
—Tanith

A Guiding Wind is Chapter 13 of Fire Emblem: Path of Radiance.

The boss of the chapter is Norris, a sniper working for Daein. Naesala appears talking to Norris but doesn't face Ike and his Mercenaries until later in the game, he sends in some of the Kilvas ravens to steal the treasure from the Begnion ship and the Daein ship because they aren't looking after it and their right to it was over.