A King Without a Kingdom

A King Without a Kingdom 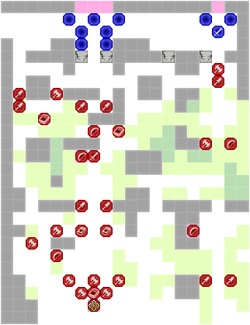 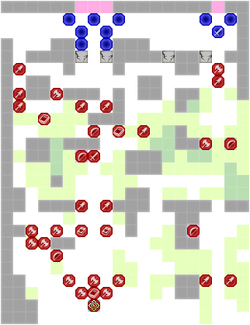 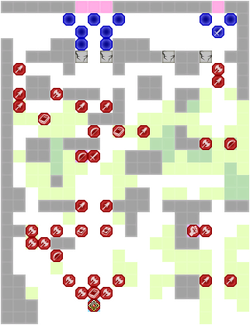 国なき王の道, Road to a King Without a Kingdom

Chapter script
[view]
“We have rallied our troops for the purpose of stopping the Adrestrian Empire's efforts to rule all. We have prepared a new flag to fight under... Much like the professor, it bears the Crest of Flames. I hope everyone finds this suitable. Beneath this flag, we will bring back peace to the great land of Fódlan!”
—Seteth

Byleth reunites with the former Knights of Seiros and Officers Academy faculty, and the nascent resistance decides to use Garreg Mach Monastery as their base of operations. Ferdinand and Linhardt donate soldiers and money to the cause, while Seteth begins the process of raising a proper army to face the Empire. At the end of the month, Seteth formally organizes the Resistance Army under a banner bearing the Crest of Flames, and Flayn questions Edelgard's aims and Byleth's five year coma. A soldier reports that Adrestian soldiers led by General Randolph have set out to retake the monastery. The Resistance Army engages Randolph in battle and successfully slays him, driving off his forces in the process. Afterwards, the Black Eagles discuss the possibility of battling their former friends in Adrestia. Seteth points out that they need more troops if they are to engage the Empire on even footing and decides to petition Kingdom and Alliance lords for aid, and Alois recommends Lady Judith von Daphnel.

Reinforcements spawn at the start of the enemy turn, every other turn.