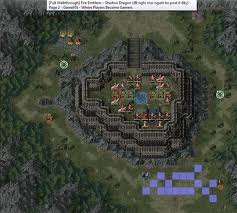 Chapter script
[view]
“The Macedon that Minerva and Maria remembered best was one of peace: a quiet, prosperous kingdom famed for the flying beasts favored by dracoknights. But then their brother, Prince Michalis, succumbed to his lust for power. Despite his sisters' adamant opposition, he swore allegiance to Dolhr; and when Macedon's Dragoons took flight, the world suffered. Even now that the tides had turned, Michalis took position for one last stand. Dracoknights filled the sky end to end, eager to pluck Marth from the Earth.”
—Opening Narration

A Knight-Filled Sky is Chapter 22 of Fire Emblem: Shadow Dragon.

Michalis comes with an Iote's Shield, which negates all bonus damage that a flier would receive from bows and Excalibur, as mentioned in the dialogue between Michalis and Gotoh just before the 1st turn.

This chapter is full of mounted units, Pegasus Knights, Dracoknights, Paladins and Horsemen. It's recommended to bring Rapiers, Wing Spears or Ridersbanes to get rid of the Paladins and Horsemen, and for the Pegasus Knights and Dracoknights bring archers or a male mage/sage with Excalibur or just a strong, fast unit to kill them. Archers will not easily beat Michalis due to the fact that he has the Iote's Shield, so use a strong unit to kill him and then seize the gate.

Most of the enemy units carry Ridersbanes and most charge to the right. If using mounted units, send them towards the left. Then when they reach the stairwell leading into the mountain, their high movement ranges can help plug up forts where reinforcements appear.

Ballisticans with Arrowspate (you should have received one) can knock out stronger Dracoknights or other flying units before they can attack friendly units. Beck can also kill the thief and two healers within the first three turns. Arming him with the Arrowspate and Pachyderm while carrying the Starsphere will come in handy.

A General with high defenses can be warped into the castle with the Warp staff; the enemy reinforcements will not be able to escape the castle if a unit plugs the gap. It should be noted that if generals, such as Wolf or Sedgar, were previously leveled correctly, they can survive this whole encounter without taking any damage (even from an armorslayer), if they maxed out defense to 30. 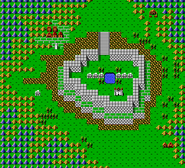