Chapter 9: The Emblem of Njörun

Alva is a playable character from Fire Emblem: Thracia 776. A 20-year-old knight of Leonster, he is best friends with Cain.

Alva first appears in Chapter 9, where he, along with Cain and Robert, is led by Selphina on a mission to guard General Hannibal's mansion from the invading Thracian army. He later joins Leif's army when it rendezvouses with Selphina's squadron.

Alva then goes on to continue supporting Leif in his cause to liberate Northern Thracia from the Grannvale Empire. He requests a post in Southern Thracia thereafter, where he works to restore the area's public order under Altena's leadership. While initially looked down by the locals as a "Northerner", he comes to be respected and trusted by them in time.

Due to his limited characterisation, not much is known of Alva. According to his description on the official website of Thracia 776, Alva is a bright and cheerful character. This is supported by his ending, where, despite being viewed with disdain by the locals of Southern Thracia after moving to work there, he eventually wins over their hearts.

It can also be assumed that he's an optimistic and driven character from his escape quote, as he encourages the members of Leif's army to keep pressing on.

Alva boasts good growths in Speed and Luck. His other stat growths are average in comparison. A strange oddity about Alva is that he has a higher Weapon Rank in Swords, when Lance Knights can only use this weapon type when dismounted.

Alva has quite a number of disadvantages in the game. He starts at a low base level with mediocre weapon ranks, and his base stats are also not particularly outstanding. Alva also joins with zero skills, FCM, and Movement Stars.

Alva can still be fielded as a filler unit when your other units are Fatigued. If the player wants to use Alva, it is recommended to give him a skill manual to make up for his lack of skills.

“OK, onto the next battle! Ever onward and upward!”
—Alva's escape quote in Thracia 776

"At his own request, Alva was reassigned by Leif and Altena to a post in the former region of South Thracia. There, he strived to quell the area's civil unrest, and restore order to the war-torn land. At first, the locals treated him with distrust, referring to him only as "the Northerner." Yet his jovial and friendly nature eventually won over the people's hearts, and they treated him as one of their own."

Alva is an unisex name, the masculine version is a swedish variant of the Hebrew Alvah, meaning "your highness". It the name of a chief of Edom and a descendant of Esau in the bible.

Alva as seen in the Fire Emblem Trading Card Game. 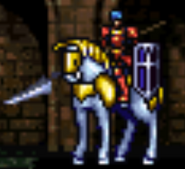