Anna's Bow (アンナの福弓 Anna no Fukukyū, lit. Anna's Good Luck Bow) is a Bow that is introduced in Fire Emblem Fates. Eponymously named after Anna, Anna's Bow, like its Japanese name suggests, boosts its wielder's Luck when equipped. Not very strong in terms of Might, Anna's Bow reduces its wielder's Strength and Skill post-battle. However, it has a great hit rate, and its +5 luck makes it a good pairing for units with luck-based skills such as Profiteer, Goody Basket or Good Fortune. Anna's Bow grants the highest bonus to luck of any weapon in Fire Emblem Fates.

The bow returns as the personal weapon of the merchant that shares its name in the spin-off title, Fire Emblem Warriors. 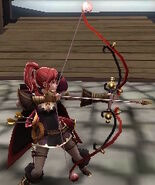 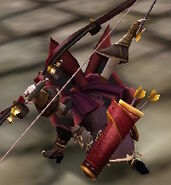