Arden is humble, as can be seen in a conversation which he shares with Erinys if he is paired up with her, in which he expresses amazement at being able to get someone as pretty as her for his wife.

One way to ensure Arden seeing combat is to simply let Arden occupy the player's castle (or liberated one) and let enemies go to it, past your main offensive force. I.E don't make Arden go to enemy, make enemy go to him. In situations where this is feasible, it might also reduce some headache on player's part, so one doesn't need to hunt down every single enemy unit of the platoon. However, player should not let him deal with excessive numbers and avoid letting magic-users and certain strong units (Ayra, Eldigan for example) from reaching him.

A few chapters in, it is possible to obtain a Pursuit Ring for Arden. However, in almost all cases players choose to sell the ring to another character because Arden's very low Speed means he will not activate it very often. There are many other characters with higher Speed that lack Pursuit that can make much better use of the item (Naoise, Tailtiu, Lewyn, or Dew being much better choices). If Arden keeps the Pursuit Ring for himself, he can become fairly effective against Axe wielding units as they may have low enough Speed for Arden to Double Attack them. It is also possible to give him the Leg Ring in Chapter 3 giving him +3 movement. 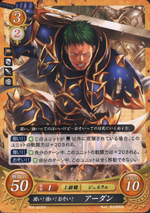 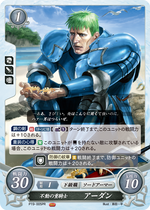 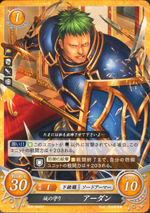 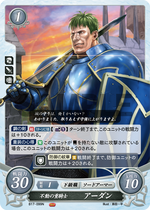 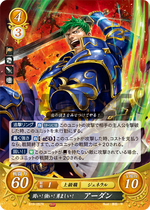 Ardan was a brother of Naoise (Noish) in Irish mythology. The name has Celtic origins and is related to a lot of locations, it means "high".