Astra is a recurring weapon in the Fire Emblem series, first appearing as a Lance in Fire Emblem Gaiden. In Gaiden, the Astra lance possesses one of the highest Critical rates in the series and are occasionally dropped by Gargoyles.

In Fire Emblem Awakening, this weapon was changed to a Bow. Originally fashioned with no relation to the later Skill of the same name, the weapon's Awakening iteration sees it bestowing its wielder with said skill when equipped.

In the remake of Gaiden, Astra's weapon type has been changed once again, this time to a Sword. It retains its extreme critical rate, and now teaches Astral Blade, the game's iteration of its namesake skill. This variation of Astra appears in Fire Emblem Heroes under the name of Astra Blade as the exclusive weapon of Valentian Catria.

The word Astra (अस्त्र) originates from Sanskrit, and refers to any kind of supernatural weapon in Hindu mythology. These kinds of weapons would have the power of the gods in them, such as Agneyastra, a legendary bow used by Arjuna and empowered by Agni, the Hindu god of fire; this relates to Fire Emblem Awakening's depiction of the weapon: a bow. 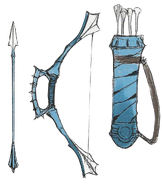 Concept artwork of the Astra bow from Awakening.

Sprite of the Astra Blade from Heroes. 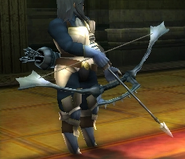 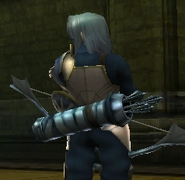