[view]
“Wh-what did you just say!? There are no gentlemen in this land half as fine as Sir Makalov!”
—Astrid, putting in a good word for Makalov.

Astrid will join the Laguz Alliance in Part 3 and become involved in the march towards the Tower of Guidance. During this time, she is described to constantly follow Makalov around, "cleaning up his messes," according to Marcia.

Once Astrid promotes into a Paladin, she can choose to use an additional weapon type of choice. As bows come with the inherent inability to counterattack at close range, it is recommended that she pick up a weapon type with 1-2 range, namely lances or axes. Axes in particular are considered the better choice, since hand axes have more might than javelins. 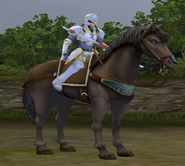 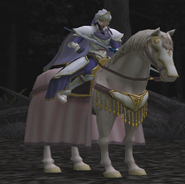 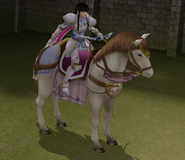 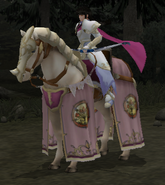