-
[view]
“Dolls that move by clockwork. In addition to yumi, they attack with saws.”
—In-game description

Automaton is an enemy-only class that appears in Fire Emblem Fates. They are Hoshidan karakuri puppets built for defending the stronghold of their makers, and are equipped with yumi and/or circular saw blades concealed behind their faces in order to do so. As such, they can be considered the Hoshidan equivalent of the Nohrian enemy-only Faceless (melee) and the Stoneborn (ranged) classes.

Automatons are somewhat weaker than other units and have exclusive use of the aforementioned saws, which act similar to Shuriken in that they reduce the enemy's stats if the attack hits during combat. Automatons usually possess skills designed to weaken or entrap their victims for their allies to finish off, with a notable example being the ones in Conquest Chapter 25 that have both Lunge and Seal Defense. They are typically found on the same maps as enemy Mechanists which, along with their description, implies that they control the Automatons.

The Automaton is illustrated in the trading card game Fire Emblem Cipher with the following cards: 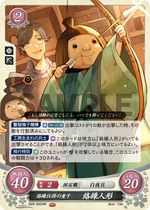 Concept artwork of the Automaton class. 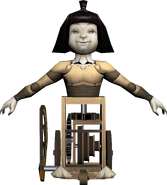