Back to Awakening (覚醒再び, Kakusei Futatabi lit. Awakening Again) is the eight chapter of Book I of Fire Emblem Heroes. 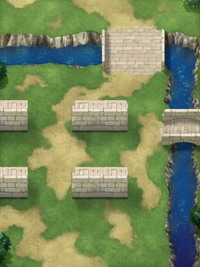 You will have 4 units on your team. You will also have 4 opponents: Robin (Male), Tharja, an Emblian Axe Cavalier, and an Emblian Lance Knight.

The Male Robin will then move forward to your team, so send your powerful Green Tome unit or your Axe unit to take him down. But keep in mind about the Emblian Lance Knight and an Emblian Axe Cavalier, they will get closer to your team as well. Defeat both of those enemies and remember the Weapon Triangle in order to clear this stage. 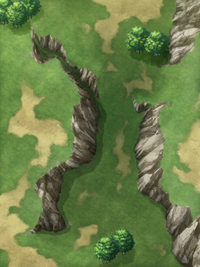 You will have 4 units on your team. You will also have 4 opponents: Nowi, Henry, an Emblian Bow Fighter, and an Emblian Green Mage.

Your team is on the top side of the map, and as soon as you move your units, the Enemy Phase begins and the enemy team will move forward. Do not send your flying unit to the Emblian Bow Fighter's attack range, because your flying unit will be easily taken down. If you have an Armored unit, send that unit to the left side of the top map and keep him distracted. If not, then send your powerful Archer unit, your Thief unit, or your Tome unit to take him down.

Send your powerful Red Tome unit to defeat that Emblian Green Mage on the middle right of the map. But be aware that Nowi and Henry will move closer to your team. Defeat Henry with either your powerful Blue Tome unit or your Lance unit. Then, defeat Nowi with your powerful Green Tome unit or your Axe unit. Alternatively, you can defeat her with Marth or Lucina with their Falchion weapons, regardless of your disadvantage. But remember, she can attack your units both directly and on range. 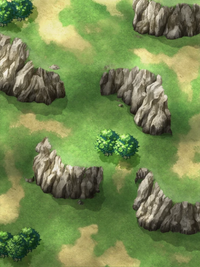 You will have 4 units on your team. You will also have 5 opponents: Cherche, Virion, an Emblian Sword Flier, and Emblian Blue Mage, and an Emblian Axe Knight.

This is one of the tricky stages that you'll ever play. You get to send your powerful Red Tome unit to defeat that Emblian Axe Knight, but the Emblian Blue Mage will get the advantage and attack your unit. And that's not all, Virion will move and attack your unit as well.

If you have your Wyvern unit, avoid Virion and defeat that enemy Blue Mage once he gets closer to your unit. Then, if your Tome unit is still alive, defeat Virion. But if you have your powerful Red Dragon unit, you get to defeat him with that.

Cherche will then fly forward to your team, so your best advantage for that is to defeat her with your Archer unit. And don't forget about the Emblian Sword Flier, you need that Archer unit to defeat him as well. 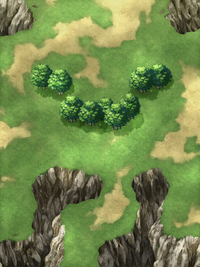 At the same time, defeat the Adult Tiki with either your powerful Lance unit, or your Blue Tome unit. You can also defeat her with Marth or your very own Lucina with their respective Falchions. 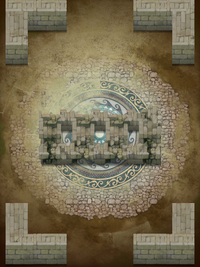 You will have 4 units on your team. You will also have 4 opponents and one boss: Lucina, Male Robin, Gaius, an Emblian Axe Fighter, and an Emblian Troubadour.

This map is basically the Arena Ferox, only this time there are breakable walls standing between your team and the enemy team. Break those walls to open the path, but once your unit is in the enemy's attack range, they'll move and attack your units, so be careful.

Watch out for Gaius' dagger attacks, because if he attacks you, he will lower some of your stats. Defeat him as soon as possible. Then, when the Male Robin gets closer to your units, defeat him with your Axe unit or your Green Tome unit.

But keep your Axe unit and your Green Tome unit safe, or Lucina will gain her advantage and she can defeat your units. Once your turns starts, take her down with your powerful Lance unit or your Blue Tome unit. Also, defeat that Emblian Axe Fighter with your Sword unit or your Red Tome unit. However, you also need to take out the Emblian Troubadour, otherwise that enemy can heal the other enemies.