King Batu (バトウ) is a non-playable character from Fire Emblem: Genealogy of the Holy War. He is the father of Cimbaeth, Munnir, and Jamke.

Batu reigned over the Kingdom of Verdane, and was successful at keeping peace with Grannvale. This peace is one day violated when he unexpectedly orders his sons to lay siege to Grannvale. Jamke attempts to argue with his father to end the invasion, but is told that Grannvale is preparing to attack Verdane to begin with. Jamke suspects Sandima for being the mastermind of Batu's change of plans, where Batu is tricked into believing that Grannvale is conspiring to conquer Verdane. In the final portion of Chapter 1 of the game, Sandima reveals that he has been making use of Batu all along, and promptly murders him. After Sigurd and his army defeat Sandima, they arrive before the dying Batu, who informs Sigurd that he was used by the Loptr Church, and revealed that they are attempting to revive the Dark God Loptous. Before passing on, Batu advises Sigurd to not be led astray by the chaos, and requests for him to keep his people from harm.

Batu derives his name from Batu, who was the grandson of Ghengis Khan. His name shares its origins with Jamka's, who was named after Jamukha. 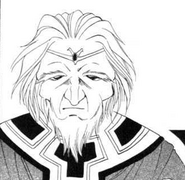 Batu in the Mitsuki Oosawa manga. 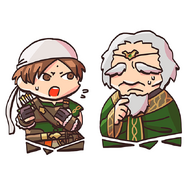