Beach Brawl (楽園争奪戦 Rakuen Sōdatsusen lit. The Striving to Take Paradise by Force Competition in the Japanese version) is a purchasable DLC in Fire Emblem Fates.

The player can pick between the two countries, Nohr and Hoshido, and choose between the four teams, led by the royal siblings, from each country. Each team consists of the royal sibling themselves and their two retainers. The units in the DLC are different from that of your own, so your units will not be affected by any stat growths they gain. The enemy units also drop various items, ranging from health restoration to stat boosting items, which will be helpful in defeating the other teams.

Once the player's team routs the enemies, a short conversation will occur between the sibling and their retainers. After several days, the retainers will get a message from an Anna and they open it to find a handwritten letter and a picture of them, the retainers having different reactions to it.

Leo and Xander are wondering what to do when they asked Azura, who refused, if she wants this ticket before the scene started. Ryoma and Takumi show up and ask Xander what is wrong, and Xander offers them a ticket for an invitation to the Southern Islands that Corrin had won from the lottery, and wanted to give it to their siblings since they wouldn't enjoy the trip alone. Ryoma is pleased that Corrin cares for them, and Xander gives the ticket to him. However, Ryoma refuses the ticket for the same intentions as Xander, and offers it to Takumi, who says that he isn't "interested". Takumi offers it to Leo, who instantly declines his offer.

All four siblings are worried as Xander notes that Camilla wouldn't go if Corrin wasn't going, and is worried on sending Elise alone by herself. Ryoma has the same exact thoughts as Xander, and all four of them are about to give up and return it to Corrin when Leo's retainers pop up. Suddenly, all of the other princes' retainers appear and decide that the best course of action to take is a fight of strength to see who deserves the ticket, to both Xander and Ryoma's disappointment.

In this Xenologue, you pick from one kingdom, then one of the siblings as your primary team. Everyone else will be your enemy and must be routed to win.

The units provided in this chapter use various weapons and carry miscellaneous items which should be used when needed. The enemy teams do not move unless you get units into their range, in which the whole team will move after you.

The locations of the teams are static in every attempt:

Note: Players should be aware that Xander and Camilla's team are extremely close to each other; triggering Xander's team to attack while leaving a unit in Beruka/Camilla's range can result in an easy reset as the player will be forced to deal with both teams at once which can spell for an easy reset even with the Dragon Vein activated. Players should try to lure Camilla's team out before dealing with Xander as his team is landlocked in a forest/mountain area which hinders their movement.

All enemy units drop various items. As the convoy feature is disabled in this DLC, it is advised to have one of your units carry them while the others fight the enemy.

If playing with any Hoshidan team, it is advised to tackle Leo's team last. This is because his team is surrounded by marsh which will chip off your unit's health if they are non-Nohrian and end their turn on such tiles.

The Dragon Vein makes an appearance in this DLC, and when used will drop the stats of all enemy units by 8. This is extremely helpful considering that your forms of healing are very limited. If any of your units fall in battle early, your chances of winning are drastically reduced.

The Script for this Xenologue can be found here. 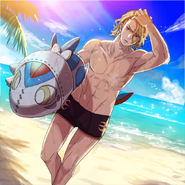 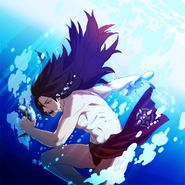 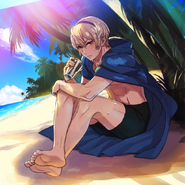 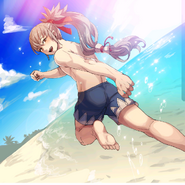 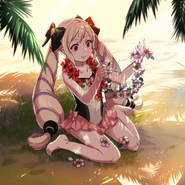 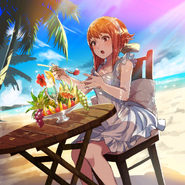 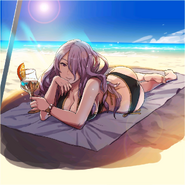 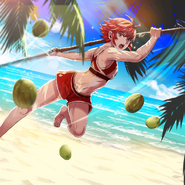