Sean Chiplock
[view]
“You're a priestess, aye? Other of your kind have tried to cross this valley and seek Mila's blessing...but nary a one of them have completed their journey in one piece.”
—Blake talking to Celica in Echoes

Blake is an enemy boss character in Fire Emblem Gaiden and its remake Fire Emblem Echoes: Shadows of Valentia. He wields the dreaded Shadow Sword in both appearances.

Blake makes his appearance as the penultimate boss of Chapter 3: War of Deliverance during Celica's route. There he threatens the priestess and her group with his band of myrmidons and a single witch (Two Witches and an additional Archer on Hard Mode in Echoes) to keep them from reaching Mila's Temple. He is defeated by Celica's party before they move on to their ultimate destination.

Blake, like many other bosses in the game, is a cruel individual. He mocks the fates of his victims while taunting Celica and her group over the apparent fact that Mila is responsible for Zofia's suffering. As he dies, he continues to mock the heroes efforts to find Mila. He also has a minor habit of saying "aye" in the remake.

Blake is a name of old english origin that means either "black" or "pale". 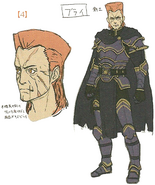 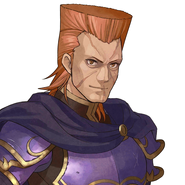 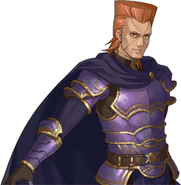 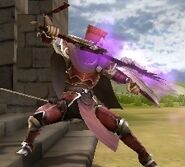