The Blessed Lance (聖なる槍 Seinaru Yari, lit. Holy Spear) is a Lance that debuts in Fire Emblem Gaiden. As its name suggests, this lance is imbued with the divine property of inflicting effective damage against monsters. In addition to this, the lance automatically restores a small amount of HP to its wielder at the start of every Player Phase.

Two different version of this lance appear in the spin-off title Fire Emblem Warriors, a generic version that any lance user can wield, and a version that is the Signature Weapon of Azura. In both versions it retains its effectiveness against monsters, however it doesn't restore the user's HP, while the generic version has less power than Azura's Blessed Lance. 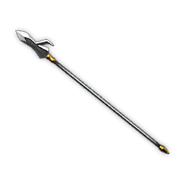 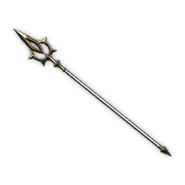