Sean Chiplock
[view]
Brigand Boss is an enemy character introduced exclusive for Fire Emblem Echoes: Shadows of Valentia. He is the leader of the bandits making their home in the Thieves' Shrine, a member of the Grieth Pirates and has taken Silque captive.

Brigand Boss appears to be a Zofian citizen who turned to crime under Grieth after the recent famine. He says there is nothing wrong with his actions as the world is a mess anyhow. 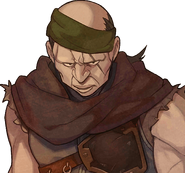 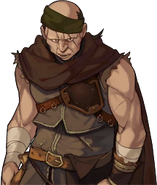