Brynhildr (ブリュンヒルデ, Buryunhirude) is a Tome that is introduced in Fire Emblem Fates. The personal tome of Leo, Brynhildr is described as a tome that can manipulate earth, gravity, and life; summoning a small grove of trees to ensnare a selected enemy target when used in battle.

Brynhildr was one of five weapons crafted by the Rainbow Sage to be used by humans in order to end the war between the First Dragons. It, alongside Siegfried, the Raijinto and the Fujin Yumi, is necessary in order to unlock the full power of the Yato. After the war, the tome was passed down through the Nohrian royal family. Its current wielder is Leo, the second prince of Nohr. According to Leo in Warriors, to use the tome, it is necessary to channel the power and vitality of the earth itself while adding your own magic to it, before unleashing it.

Leo's son Forrest is known to have inherited the ability to wield Brynhildr. In his supports with his father, Forrest is informed that he will eventually be trained to arm Brynhildr, to which he immediately expresses doubt over whether he wants to assume such a heavy responsibility. He eventually resolves to learn how to wield the tome one day, but only on the condition that he gains the power necessary to use it responsibly.

During the Heirs of Fate DLC Xenologues, Forrest inherits Brynhildr and uses it as his weapon of choice.

In the epic poem Nibelungenlied, Brynhildr, or Brünnhilde, is a valkyrie and the queen of Iceland. The hero of the same poem, Siegfried, is the namesake of Xander's legendary sword. 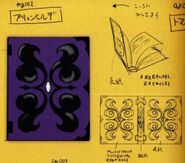 Concept artwork of Brynhildr from Fates.

Leo wielding the tome of Brynhildr.

The defensive power of Brynhildr invoked to shield Leo from the full impact of an enemy Witch's attack. 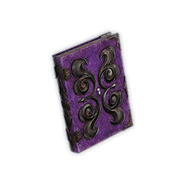