Calill has Nihil which negates enemy skills. This can be useful on Maniac Mode, as some generic endgame enemies have skills, or boss slaying, but Nihil is otherwise not practical. But there is no reason to remove it unless the player wants to make space for other skills. Vantage and Wrath can be a powerful combination, as she has enough durability to reliably hit wrath health, and will one-shot most enemies with forge thunder crits.

Calill can also use siege tomes at base allowing her do deal decent damage to foes form far away without risking a counteratack because of her poor durability. She will run into doubling issues in Maniac mode, but this can be fixed by giving her bonus EXP and speedwings, she will usually avoid this problem in PoR Hard mode.

Calill has a dark affinity, which gives a slight attack and avoid boost, further making her a better glass cannon. Tormod and Geoffrey both have fire affinities, complementing her dark affinity's attack boost, but this supports will likely be situational because of her lower movement compared to Tormond and Geoffrey.

All in all, Calill is a decent prepromote that comes with zero investment needed and can contribute well on any team

Calill has rather poor availability in this game, but is the only magic user available in the chapters she appears in before she is available under command of Ike. Despite this very fact, she has rather well-rounded stats nonetheless, and is a good candidate for Rexflame. Since she will join Ike's group underleveled, it's a good idea to give her Astrid or Geoffrey's paragon or bonus EXP to help her catch up. Also, if trained well, she can be a decent Archsage for the Endgame, since she will most likely double attack because of her high Speed growth.

Calill will usually not cap any stats and the stats Largo has capped do not transfer to her either, so PoR transfer bonuses don't benefit her very much.

Calill has a dark affinity which gives a valuable attack and avoid boost. Her awkward availability means she benefits most from supporting units that are either among the Crimean Royal Knights, or join Ike's group late. Marcia and Sigrun give an attack boost that complements her dark affinity and Tanith gives a valuable avoid boost, turning both units into dodge tanks, though Calill will have a hard time keeping up with them because of her lower movement

All in all Calill is a decent unit that suffers from RD's availability issues and will need a lot of investment in order to use her effectively in the endgame. Once she catches up to the rest of the army, she will contribute well thanks to her high weapon ranks, dark affinity and staves upon promotion. 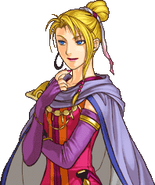 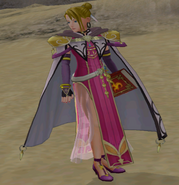 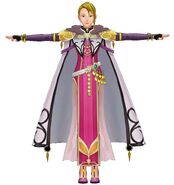