The Cantor (祈祷師, Kitōshi, lit. Shaman; translated as Dark Priest and Exorcist in fan translations) is an enemy-only magical class that is first introduced in Fire Emblem Gaiden. Arming either Magic or Staves as its equipment of choice, the Cantor class is imbued with the ability to summon enemy Monsters as ally units. The class may be considered to be the precursor of the Summoner class that appears in later entries to the series.

Cantor first appears as an enemy-only class in Gaiden that can use both Black and White magic such as Death and Physic. Cantors are best known for their use of the Conjure spell to summon monsters. While all variants of the spell are called Conjure, depending on the Cantor, the spell may summon different monsters such as Revenants, Bonewalkers, Gargoyles, Mogalls, and Draco Zombies. Summoned monsters vanish from the battlefield when the Cantor is defeated. All cantors in the game are depicted as members of the Duma Faithful.

Cantors reappear in TearRing Saga: Utna Heroes Saga where they are a tier 1 class that can only use staves. All Cantors have the summon skill and use various summoning staves like the Skeleton Staff to summon allies. Like Gaiden, killing the caster of the spell makes all summoned monsters vanish. Cantors are associated with Gerxel's worshippers. Dark Bishop can be considered a more powerful version of the Cantor class and some members of the class have the summon skill. While Cantors are unplayable, certain playable characters like Katri have access to the summoning skill allowing them to summon monsters.

In Echoes: Shadows of Valentia, Cantors are mostly identical to their original incarnations. However, in later segments of the game, certain cantors possess a more powerful version of the Conjure spell that allows them to summon Witches or high-level monsters. The Overclass, Guru, gains a similar spell that is called Lemegeton. 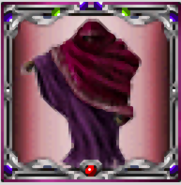 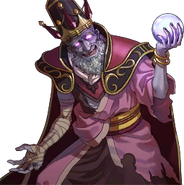 Generic class portrait of a Cantor from Fire Emblem Echoes: Shadows of Valentia.

Village sprite of a Cantor from Echoes: Shadows of Valentia.

Battle model of the Cantor class from Fire Emblem Gaiden. 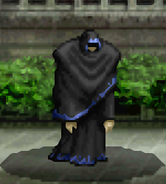 Battle model of Doruk, a Cantor from TearRing Saga. 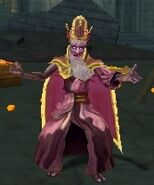 Battle model of a generic enemy Cantor from Echoes: Shadows of Valentia. 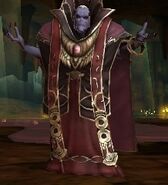 Jedah's unique battle model as a Cantor from Echoes: Shadows of Valentia.

Map sprite of the Cantor class from Gaiden.