Cerberus (ケルベス Kelbeth, Kelves in the Japanese version) is an enemy character in Fire Emblem Gaiden and its remake. He is a member of the Duma Faithful.

Cerberus is a dog with multiple heads that guards the gates of the underworld in greek mythology.

Cerberus derives from the ancient greek word Kroboros, which means meat eater, because Cerberus devoured people who tried to escape from the realm of the dead. 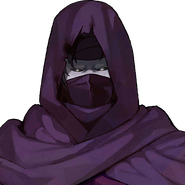 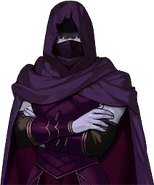 Retrieved from "https://fireemblem.fandom.com/wiki/Cerberus?oldid=531235"
Community content is available under CC-BY-SA unless otherwise noted.