Wyvern Rider
[view]
“Ah. You see it now. That's the sad irony of the battlefield. I ride a wyvern and use my spear to bring low men who should be my allies. We each joined this cause in hopes of bringing Grado to its senses. Our country has set the world on its ear, and it's up to us to right things.”
—Cormag, talking to Natasha in a support conversation

Cormag joins as a third flier, but is a Wyvern Rider as opposed to a Pegasus Knight like Tana and Vanessa. As a result, his HP, Strength, and Defense are much higher than theirs, but his other stats, particularly Luck and Resistance are noticeably lower. His constitution is significantly higher than theirs as well, letting him wield all but the heaviest lances utterly unimpeded, and the heaviest lances only make him lose 2-3 attack speed. His bases are high, and slightly more so in Ephraim's route when considering the difference in level and join time, but the difference isn't massive. In the end, every stat of his except Luck and Resistance turns out above average. He can promote with the Elysian Whip he joins with, but will have to level up a couple times to do so in Ephraim's route. He has two good options for promotion. 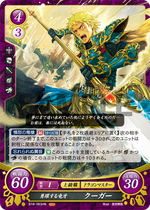 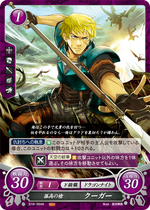 Artwork of Cormag and Igrene from the Fire Emblem 25th Anniversary Staff Book.

Cormag as a Wyvern Lord in Fire Emblem 0 (Cipher).

Cormag as a Wyvern Rider in Fire Emblem 0 (Cipher). 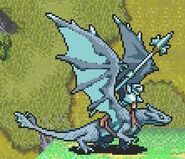 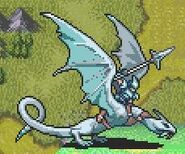