“They are power incarnate. They are said to have been bestowed upon humans by the goddess countless ages ago.”
—Hanneman explaining Crests to Byleth.

Crests (紋章) are a game mechanic introduced in Fire Emblem: Three Houses. Similar to the Holy Blood from Fire Emblem: Genealogy of the Holy War, many of the nobility, who are descended from Fódlan's Ten Elites and Four Saints who fought during the War of Heroes, hail from families that bear Crests.

Believed to be blessings bestowed by the Goddess, Crests grant special powers to those who hold them such as high aptitude for magic, enhanced strength, and other boons that give them an edge over others. Crests are inherited by blood and thus recipients of Crests come from an ancestor who likewise had the same Crest. The actual Crest inheritance varies greatly. In most cases, the singular child of a family inherits a Crest. In some cases, multiple children of the same generation inherit the same Crest; for example, Mercedes and Jeritza are half-siblings who both inherited the Crest of Lamine from their mother.

Being a Crest holder is not physically obvious and leaves no mark on its bearers. However, those who possess them may have certain qualities such as unnatural strength that indicate their status as Crest holders. Hanneman, an avid scholar of Crests, developed a device that can show an individual their Crest. Catherine has an innate knack for identifying a person's Crest just by looking at them, but it is a rare ability.

In Fódlan, Crests have had a significant impact on society. They are often seen as a sign of prestige and respect. Many noble houses value crests and are desperate to obtain one as a sign of their nobility. Some have been known to marry or adopt individuals of lesser houses or even commoners who have spontaneously inherited a Crest just to obtain one should their heirs by birthright lack a Crest. The crest is not universally inherited by the eldest child, leading to power struggles within houses when a younger sibling is born with one. Houses are known to disown or otherwise disregard all other non-crest bearing children, heaving all expectations on the crest bearer while ignoring the others. Some people are unhappy with or otherwise detest how the populace view Crests, such as Edelgard, who wishes to dismantle the structure of nobility that values bloodline and the possession of a Crest over potential, and Hanneman, who lost his sister to a noble who desperately desired to have crest-bearing children.

Crests are classified as either Major Crests that contain immense power, or Minor Crests that contain weaker, but somewhat potent power. Generally, it is believed that the stronger that a hero's blood runs within an heir, the higher the chance of that heir possessing a Major Crest. It is still possible for a child from a distant branch of a bloodline to be born with a Major Crest unexpectedly and it is unknown why this occurs.

As a general rule, it is considered impossible for an individual to possess more than a single Crest at once, but there have been some exceptions. Lysithea is one such individual, and she holds a Major Crest of Gloucester and a Minor Crest of Charon.

These are not natural occurrences, but rather the results of inhumane experimentation to endow individuals with more Crests. The procedure, called blood reconstruction surgery, has a high failure rate as most attempts in the past wound up killing the test subject or driving them to madness. In the rare instances where the surgery is successful, the immense physiological strain of bearing two Crests still causes harmful side-effects, including turning the individual's hair white and dramatically shortening their lifespan.

Overusing the power of a Crest Stone will eventually turn the user into a Demonic Beast, regardless if they are compatible with it or not. However, having a Crest, specifically the compatible one, does slow down the process.

Several Crests appear prominently in the coat of arms and insignia throughout Fódlan: the Crest of Seiros for the Adrestian Empire and the Church of Seiros, the Crest of Blaiddyd for the Holy Kingdom of Faerghus, and the Crests of Riegan, Goneril, Daphnel, and Gloucester for the Leicester Alliance. The Crests of Seiros, Blaiddyd, and Riegan are also used on the map of Fódlan to mark the domains of each country's ruling family.

Each Crest is associated with a specific type of dragon, which is only seen via the signs obtained on New Game Plus.

In truth, Crests are derived from the blood of the Nabateans. With the help of Those Who Slither in the Dark, Nemesis plundered the Holy Tomb, slaying Sothis in her sleep and using her bones and heart to create the Sword of the Creator and using her blood to grant himself her crest, the Crest of Flames. Nemesis subsequently used his power to slaughter the Nabateans in Zanado.

Ignorant of what transpired, Nemesis' Elites were each given a Hero's Relic, weapons and equipment of exceptional power crafted from the remains of the slain Nabateans. The Nabateans' blood was used to grant the Elites their Crests that would allow them full control and power over their Relics. Some time later, Wilhelm I joined forces with Seiros and was given her Crest after she shared her blood with him. The Crests of the Four Saints are implied to have passed down the same way.

The Crests do not need to come from a deceased Nabatean's blood, as Jeralt received a Major Crest of Seiros when he received a blood transfusion from Rhea, who is Seiros herself. This can, however, cause significant side-effects to the receiver. When Rhea goes berserk at the end of the Silver Snow route, many high-ranking members of the Church of Seiros also go berserk, some even transforming into White Beasts, likely because they each received a shard of a Crest Stone.

Crests can also empower non-living entities, as the Altered Golems at the end of the Crimson Flower route each possess a Minor Crest of Seiros. Though there is no in-universe description on how this occurred, their Crests likely manifested from Rhea offering her blood during their creation by the Church of Seiros.

Crests serve as combat enhancements that empower the wielder of one special property in battle. These can range from damage increase to attacks or reservation of spell usage. Crests are fixed to specific characters and cannot be removed. Their effects act as passive Skills that activate randomly, activating it more often if they have a Major Crest or occasionally if it is a Minor Crest.

Having an innate Crest allows for the bearer to use the "full power" of the associated Hero's Relic. While any playable character who bears any crest is able to use any Hero's Relic without taking damage, having the specific Crest associated with a Hero's Relic allows for the unit to use the Relic's unique Combat Art, for example, Dimitri having the Crest of Blaiddyd, allowing him to use the Combat Art "Atrocity", linked to the lance Areadbhar. The Heroes' Relics that are off-hand accessories instead grant the effects of Pavise and Aegis, in addition to their normal effects, if the user possesses the correct Crest.

In New Game+, players can spend 1,000 Renown to buy items called Dragon Signs, items that bestow specific Crests onto various characters as depicted on their item icon when put into a character's inventory. Dragon Signs allow even Crestless characters to obtain a Crest and receive the full benefits, though it will have no narrative effect on the story.

Some Dragon Signs will be unlocked naturally by entering New Game+. However, the Dragon Signs available for purchase and those that come free after entering a new NG+ file change are dependent on the last completed Route, so one cannot theoretically unlock all the Dragon Signs for free. Additionally, the Crests' effects from Dragon Signs trigger less than even Minor Crests. When characters with a Dragon Sign uses a matching Relic, it takes more Durability out of the weapon when using their Combat Art than if the same weapon was wielded by a character with a Major or Minor Crest, taking up 5 Durability.

Crests of the Ten Elites

Crests of the Four Saints

Crests of the Four Apostles

Crests of the Divine 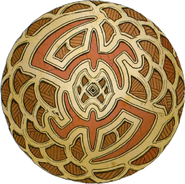 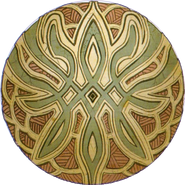