Dance in the Skies

Dance in the Skies 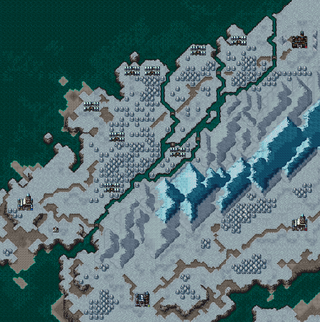 Chapter script
[view]
“The unthinkable has come to pass. Sigurd is now a traitor in the eyes of his beloved Grannvale. In desperation, his army flees to find refuge in the northern Kingdom of Silesse. Silesse was founded by the Wind Crusader, Ced. It lies under the watchful guard of the valiant pegasus knights and wind mages, and so for over a century since its foundation, Silesse has maintained itself as a neutral nation and persistent all invaders. However, ever since the death of its king several years ago, the royal family has been plagued with strife over its inheritance, and shades of war creep over the peaceful land. The late king and his wife, Queen Lahna, had a single son, Prince Lewyn. The king's greedy younger brother, Duke Daccar, objects to Lewyn being heir to the throne and has confined himself to Zaxon Castle in protest. As if acting in concert, the king's youngest brother, Duke Myos, has set to work raising an army for himself at Tófa Castle. Out of disgust at his uncles, Prince Lewyn left Silesse to travel the world years ago. Is there no end to the dukes' avarice? Their lust for power will condemn Silesse, a beautiful and majestic land, to the searing ravages of a brutal war.”
—Opening Narration

Dance in the Skies is Chapter 4 of Fire Emblem: Genealogy of the Holy War.

This chapter is filled with many Pegasus Knights so Brigid and Jamke will be very busy. Midir and Arden (if you promoted him and gave him a bow) also work well here, although the latter will have very low accuracy if Díthorba is near. At the beginning you should have Tailtiu talk to Azelle so she can get an HP boost and a large amount of love points. Tailtiu is very weak so training her in the arena by using her Wrath skill is advised. The enemy mages may give her problems due to wind magic having advantage over thunder but she should be fine as long as she is not sent into a swarm of enemies. While moving up, you should have everyone kill off the mages at the top as well as Cuvuli. By the time you arrive close to the forest, Díthorba and her group should be nearly there. Set everyone up in the forest for the extra evasion and keep your frail fighters out of the way her leadership stars; the sheer amount of Pegasus Knights could easily cost a loss. Once she is in range have a bow user, or even Lex with a Brave Axe, do away with her. Have Silvia visit the village toward the middle top to get the Defender Sword. Word of caution, though, as the scene of her dancing may cause the game to freeze if Silvia is not the first unit to move that turn. If it happens, just reset the game and visit the village again. Toward the top there are two Wind Mages and a Mage Fighter, all of them having Blizzard, so care should be taken when approaching. The bridge will not go down unless Dew is put there, but do not do it right away as the enemies on the other side are perfect for Tailtiu to grind a couple of levels on. Let her kill most, or all, of them then drop the bridge. After Myos is killed, the scene will change. Pamela and Annand will come out and their forces will fight so this will give you time to get ready. After Annand is killed and Silesse Castle is taken, rescue the NPCs to get an instant level up. This is a great time to get Tailtiu to level 20 and get those who are a bit underleveled up to speed. However, by this point, there is a big problem: the mountains. Not only they hinder your movement, similarly to forests, but there is not much room to go through and it's not easy to do so, leaving your unpromoted cavalry stuck in there until you manage to get them to the other side with the Warp staff. Be sure to have Lewyn visit Silesse Castle after it gets seized so he can get the Forseti tome. It is pretty straightforward beyond this point. Fight Pamela in the same fashion as Díthorba; Lamia can easily be taken down with Lewyn's Forseti; Daccar can be defeated in the same way as Myos. However, watch out for Lamia's army: there are four Myrmidons, including two with the Brave Sword, two Thunder Mages with Elthunder that can be a large problem for most of your units, Sigurd included, and two archers with the Killer Bow, not to mention that at this point, you have to face Pamela and around ten of her Pegasus Knights. With a lot of troublesome enemies, loads of units that can't use axes to deal with the pegasi (only Lex can at base in the first generation) and the very limited usage of Claud's Fortify, the final part of this chapter is a point where very careful positioning is required to keep everyone alive.

It is very possible for the game to freeze when Silvia is doing her dance for the village in order to get the Defender Sword. Thus, it is highly recommended to save your game before having her visit the village. This glitch was fixed in the "Project Naga" translation of the game.