Chapter 2: The Pirates of Galder (Shadow Dragon and the Blade of Light)

Chapter 12: Graveyard of Fire Dragons (New Mystery of the Emblem)

Pirate (Shadow Dragon and the Blade of Light)

Berserker (New Mystery of the Emblem)

[view]
“Ahoy, Prince Marth, I be Darros, a simple man o' the sea. I've had me fill o' the piratin' life, and now I be lookin' t'start anew. What say ye? Make me yer matey, and I swear t'pull me load.”
—Darros in Shadow Dragon

Darros is a playable character from the Archanea Series of Fire Emblem. A member of the Galder Pirates, Darros tires of his job, and is thereafter persuaded by Marth to join his entourage. While he is omitted in Mystery of the Emblem, Darros makes his return to the series in Shadow Dragon.

Darros was once a crewman of a simple fishing boat until it was besieged by the Galder Pirates. Picking up an axe lying nearby to defend himself from their onslaught, Darros soon came to the realisation that he was not attacked, owing to the fact that the pirates had mistaken him to be a member of their motley. Unwittingly inducted into the ranks of the pirates, Darros thereafter spent the next few years of his life pillaging and plundering for subsistence.

Darros is formally introduced in Chapter 2 of Shadow Dragon and the Blade of Light, where he, upon meeting Marth in Galder Harbor, seizes the opportunity to indicate his interest in joining the prince's entourage, establishing his desire to swear off his dishonest ways as a pirate and start anew on a blank slate. Darros will then aid Marth in ending the War of Shadows, whereupon he will take to the seas, said to depart from the shores of Archanea for the last time.

In spite of what his epilogue in the previous war suggests, Darros does not actually leave the continent of Archanea for good. He reappears in Chapter 12 of New Mystery of the Emblem, where he has somehow managed to gain entry into the Flame Barrel. Through his recruitment conversation with Marth, Darros reveals that he has faced tremendous difficulty in fulfilling his dream of restarting life on a clean slate, as his previous occupation as a pirate has severely dampened his prospects, motivating many a member of society to ostracise and outcast him. Darros thereafter reverted to his pirating ways, albeit reluctantly due to being left with no other choice. Urged to join Marth's army, Darros does so eagerly, and he will thereafter aid him in ending the War of Heroes. The conclusion of the war sees Darros finally being able to turn over a new leaf, as he manages to find honest work in Altea.

As is the case with a majority of the cast in Shadow Dragon and the Blade of Light and Mystery of the Emblem, Darros' personality is not well developed, owing to the minor role that he plays. Through the few interactions that he engages in, however, one can, nevertheless, deduce several traits that define his character.

Through his decision to swear off the dishonest work of a pirate and instead lead a life that is free of vice, for one, Darros can be perceived to be a courageous, honourable individual, willing to break free from that which he is accustomed to in order to atone for the heinous activities that he has once indulged in.

Darros' base conversations with Kris in New Mystery of the Emblem further sheds light on his past life as a pirate, where it is revealed that he has the tendency to be rather obsessive when it comes to performing any task he is assigned, regardless of whether they are menial or not. The first conversation that he shares with Kris, for one, sees him cleaning an unnamed location rather excessively, to the point where Kris remarks that they are unable to detect any sign of flaws in his work.

In Shadow Dragon, Darros is a rather unfortunate unit. While his stats are workable for the most part, he sports a depressing 10% Speed growth that greatly inhibits his long term use. Furthermore, he comes alongside three other axe users, each with their own strengths over Darros. This does not mean Darros is without use, and should the player choose to use him, there are options.

The first choice is to attempt to fix his speed by class changing to mercenary. As a mercenary, Darros will have a much more useable speed stat of 11 with a 20% growth, a massive improvement from 7 base and 10% growth, at the cost of being forced to use swords until promotion. Even with this option, his base axe rank will still come in handy, though, as it gives him immediate access to hand axes on promotion.

The second option instead chooses to emphasize what Darros does best: Defense. As a Knight or General, Darros will have an impressive 60% Defense growth, the highest Defense growth in the game barring Sedgar and Wolf, albeit alongside a 0% Speed growth. With some considerable growing pains, as he will get doubled by practically everything, Darros is more than likely to cap defense both before and after promotion and become a practically invincible physical wall in spite of being doubled. It is worth noting that you will still need to keep Darros away from Hammers and Magic as much as possible due to being doubled without exception. The player can also choose to change his class after his defense caps, as the growth is no longer important, though this does result in a loss of all the lance rank the player has built up to that point, as Knight is the only Lance-wielding class in Darros' class wheel.

"It was back to the sea for Darros, by all accounts; carefree, he departed Archanea's shores for the last time."

"Darros never succumbed to his pirating ways, and instead found honest work in Altea." 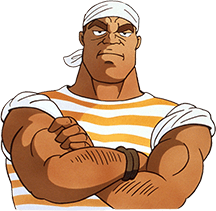 Official artwork of Darros from The Complete.

Darros, as he appears in the fifth series of the TCG as a Level 10 Pirate.

Darros as a Pirate in Fire Emblem 0 (Cipher).

Darros' portrait in Shadow Dragon and the Blade of Light.