Fire Emblem Wiki
Register
Don't have an account?
Sign In
Advertisement
in: In need of an image, Path of Radiance chapters
English

from FlamingGnats
“Wait, there's more! It seems that Prince Reyson was able to escape Duke Tanas's villa and make his way safely to Serenes Forest. However...we have word that Tanas's men have entered the forest in hopes of recapturing the prince. We've not a moment to waste! Please, O king of hawks! Reach out your mighty talons, strike down these wretched humans, and rescue Prince Reyson. I implore you, Your Majesty, take wing at once!”
—Nealuchi

Day Breaks is Chapter 17 of Fire Emblem: Path of Radiance and is composed of four parts.

After it was revealed that Duke Oliver was keeping Reyson on his property and the heron's subsequent escape, Sanaki asks Ike to take care of Oliver, an order with which Ike gladly complies with. Ike is also told about the Serenes Massacre after Reyson mentioned it as he escaped. This chapter is mostly about defeating Oliver's forces while trying to rescue Reyson from the duke's forces at the same time. Leanne is also discovered sleeping in the forest after you clear the enemies in the second part. After she wakes up, she says something and then starts drifting away from Ike's group, and when Ike calls out to her to wait, she faints. Oliver comes in just then and sees how there is another heron. Not wanting Oliver to capture Leanne, Ike then fights with her on his back. In this state, he cannot rescue anybody else, and Leanne cannot be taken from him by another character, so Ike suffers penalties to his stats for the second half of the chapter.

The first part is very easy with mostly a few soldiers and archers who can be easily taken care of. During the base preparations, if you listen to the "Servant" info conversation, a former servant of Duke Tanas will reveal that Oliver's forces have been in the forest many times in search of other herons, and that the duke has many good mages and mounted knights, soon proven true by Chapter 17-2, so it would be good to take some Longswords, Poleaxes and Knight Killers with you, as well as packing a few Pure Waters or Ward staves for any characters you deploy with low resistance. Make sure that you buy anything you need and arrange your characters' items at the base preparations screen, as you won't be able to access the shop or change an already-deployed character's inventory between different parts. Also of note is that you cannot reposition any of your characters after the first part of the chapter. Additionally, your units are fully healed between each part of the chapter.

An interesting thing to note is that, despite being split up into parts, you can still view the entirety of the chapter's map. However, while the cursor has free range throughout the map, flying units are still prevented from accessing areas of previous or later sections. 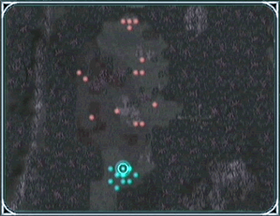 As already mentioned, this part is easy for someone who knows how to play the game. The battlefield is surrounded by forests, meaning reinforcements can come from nearly anywhere, but these units can be easily dispatched. It is a little harder to maneuver in this map due to swamps and fallen trees, especially for your mounted units, armored units (namely Devdan, Nephenee, Gatrie and Brom) and unmounted swordfighters. The Fighters to the left can easily cross the swamps, so Boyd should be able to cross the swamps without much trouble. At the Battle Preparations screen, instead of a "Choose units" option you have a "Reinforce" option, meaning that you pick two characters to come and support you that will arrive after a couple turns. One of the fighters to the left has a Venin Axe, and one of the Archers to the right has a Venin Bow, so take a couple Restore staves or antitoxins to prepare for this. There are two archers to the right so keep an eye out for your flying units but you shouldn't be given too much trouble. Two armored Knights are in the center, and when they move the first time, they are in front of a thicket, a bonus to your units. An Armorslayer or two will definitely help here. One knight carries a Javelin and the other a Steel Lance. There are several Mages, a Priest and an unnamed Halberdier equipped with a Killer Lance serving as the "commander" toward the north, and reinforcements consisting of a fighter with a Hand Axe and a Myrmidon from the top right, and a fighter and myrmidon from the top left as well. Other reinforcements consist of a Fighter and Archer toward the center-left and three Myrmidons toward the bottom near where your units are deployed on Turn 3. Dispatch a couple strong units down there and make sure they do not reach your weaker units, as the Myrmidons have a decent range. Note that the Killer Lance wielding Halberdier can and will move on his own without provocation if you're within range. Among the enemy reinforcements is a myrmidon with a Killing Edge; he comes from behind your force, so make sure you don't have someone with low speed/defense like Rhys right at the back of your troops. 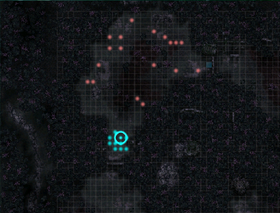 Reyson, in his quest for revenge after seeing how lifeless the Serenes forest is, wants to release the forbidden magic from an altar in the forest, so he makes his way toward it, while being pursued by the Greil Mercenaries and Oliver's forces. In this chapter, you need to reach a certain location on the map; however, it is protected by cavalry and bow wielders, and more cavalry will attack from the left. You can fight the cavalry to the left using a few strong paladins to form a choke point. And the send laguz units like Lethe to the right, but support them with other units for there are units there with weapons good against laguz. Also, its a bad idea to use flying units here due to all the archers. Try using foot soldiers like Mia, or Boyd to support the laguz as they do not suffer huge movement penalties from the large area of swamp you are forced to cross. 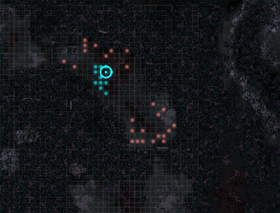 Reyson finds the altar, but before he releases the dark magic in it, Tibarn, Ulki and Janaff confront him and dissuade him from twisting his soul through the magic. So they start to fly away back to Phoenicis. Meanwhile, Ike's group is gaining on Reyson, when they discover another heron, which turns out to be Leanne. Oliver comes in and sends forces out to capture the new heron.

At first, it may seem a bit difficult due to the high number of enemy units, but if you play smart you can clear this chapter. You merely need to survive 10 turns, not rout the enemy this time around. For this map, you get two additional reinforcements of your choice which appear on second or third turn. Again, there is a big swamp to the top of the map, and a few fallen trees to the bottom right. There are a few ruins to the top left where a few mounted reinforcements come unless blocked off. The swamp to the right of where you are deployed is a hassle, since very few units can cross it, let alone unimpeded, forcing you to guard a narrow inconvenient corridor in the middle of the map. You get two reinforcements on Turn 2 or 3, aiding the battle. Beware if you deploy beast laguz, as there are a sizable amount of fire mages. The enemy army is split into two groups, the diaspora surrounding your army, and another group to the southeast. The recommended plan of action is to first get rid of the mages and soldiers around your deployment area and the few units in the swamp. It is recommended to use Boyd, a laguz and/or a mage to get rid of the units in the swamp, although using Jill or Marcia can work as well, since their movement is not affected by the terrain. Once you get rid of the units in the top of the map, you can start making your way down to where the remaining units are if you need the combat experience. Form a wall of strong units to block access to the corridor and then push forward. Towards the bottom are a few mages and archers, so these can be easily taken care of. Generally, this map must be played intelligently. Interesting to note is if you make any units wait toward the top left corner in the ruins on the last turn, your units will move away on their own after you end your turn as if something's going to come from there or if preparing to move out to the next chapter. 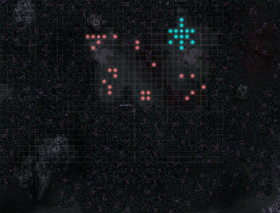 Ike and his group finally catch up to Oliver and attack. As in previous parts, the terrain can severely hamper movement. There are three different lines on the map as you continue west towards Oliver's position. Crossing the first one will make Tibarn, Ulki, Janaff, and Reyson appear as NPC units, so it is recommended that you gather your army together before sending anyone across. This means that you will have to use a ranged weapon such as a Javelin to take out the Meteor-wielding mage near the starting point, as sending a flier over the trees to engage him in melee will put that unit just across the line, however if Ilyana has high enough thunder magic, you can more easily dispatch this mage with a bolting that is available in the previous chapter. Experience that would be gained by NPC units gets converted to BEXP, so feel free to allow the hawk laguz make your job a little easier, but keep them away from Oliver and the enemy that drops an Adept scroll, as item drops will be lost if the enemy is killed by an NPC. By this point, a number of your units will be taking stat penalties (Ike still has Leanne, and the best way to keep the Hawks from attacking units they shouldn't--especially Tibarn, who can stay in hawk form indefinitely—is by rescuing them). Also note that if Ulki, Janaff or Reyson are defeated in this chapter, they still join your party next chapter.

The following dialogue is a translation of the ancient language spoken by Reyson and Leanne in this chapter. Each line is in order from first to last as they appear in the chapter.

Leane: Whatever is this...?

Reyson: What is it?

Reyson: What are you trying to tell me?

Reyson: Is it really you, Leanne? This is no dream?

Leanne: I don’t know.. That night... My sisters took me and hid me in the small shrine.

Leanne: I’m sure they sang a galdr to me... And then I became so sleepy...

Leanne: That is enough...

Leanne: It is enough. it was not your fault.

Leanne: Brother...it is enough, is it not? Forgive this child. Her apology is... so sincere.

Leanne: Brother... My loving brother, Reyson. The pain and sadness is in you, brother. It clouds your very soul.

Leanne: To see you like this, to watch you. It hurts me. Please... do not lose yourself to hate.