The Deimos (デイモス Deimosu) is an enemy-only Monster class first introduced in Fire Emblem Echoes: Shadows of Valentia. The reanimated corpse of a famous shaman, this terrifying foe wields Axes and Black Magic as its weapons of choice. Boasting high Defense and Resistance, the Deimos most commonly appears in Thabes Labyrinth.

In Greek mythology, Deimos was the twin brother of Phobos, the personification of fear and terror. 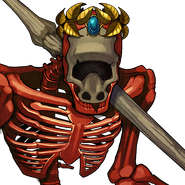 Generic class portrait of a Deimos. 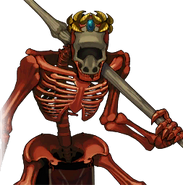 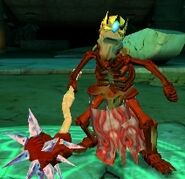