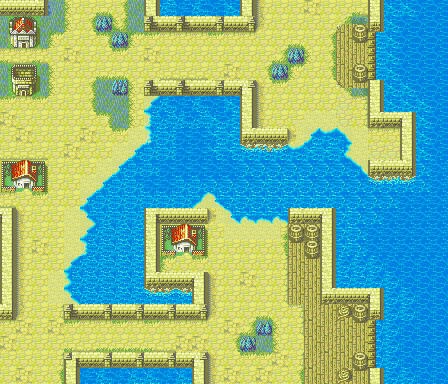 Tana (from start), Amelia (Enemy, talk with Franz or Eirika. She will leave before the beginning of Turn 12 if you haven't recruited or killed her, but will return in Chapter 13)

This chapter is relatively annoying. Be sure to bring Franz with you to recruit Amelia, a trainee with potential. Also, be sure to bring your stronger units into the fray, since the enemies here carry stronger weapons than what you are used to. Send Tana and Ross (if he is a pirate) south to distract the pirates from the village, but be sure not to get Tana shot down by enemy archers. If you have promoted Franz, having Tana rescue him and bring him with them to the south will help greatly. The rest of the group (including Eirika and/or Franz) should be heading west to deal with the other enemies (including the pirate reinforcement that will head south, towards a village).