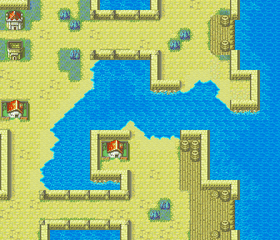 Tana (from start), Amelia (Enemy, talk with Franz or Eirika. She will leave before the beginning of Turn 12 if you haven't recruited or killed her, but will return in Chapter 13)