“Hahaha! I have them right where I want them! I can't wait to see the shocked looks on their faces!”
—Domes

Domes (ドメス Domesu, fan translated as Dommes) is an enemy character from TearRing Saga: Utna Heroes Saga and the boss of Map 6.

Along with Roger and Berom, Domes is one of Codha's most trusted generals. He sets up a defense at Wellt Bridge and dies in his attempt to stop Runan's army.

On the official site, Domes is said to be feared for his invincible body, refering to his high Strength, Defense and HP stats for that point in the game.

“Filthy rebels! You will fall by my blade!”
—Domes's battle quote 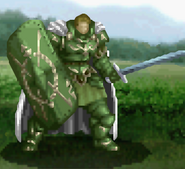 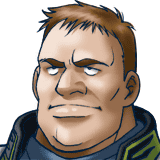