View source
“The blood of dragons flows in your veins, as it does in all royals. You must learn to harness this draconic power wherever you may find it.”
—Xander, to Corrin.

The power to use Dragon Veins is said to have been inherited from dragon ancestors. Those who possess this ability can alter the outcome of the battle, as effects vary from creating new paths, drying up rivers to create more terrain, creating regeneration spots, freezing enemies, or consuming their weapons.

Areas that can be manipulated by Dragon Vein are highlighted by glowing orbs of various colors on the battlefield. This power originates from the First Dragons, such as Anankos, who has the power to terraform an entire world through a similar method. He most notably does this to the future world the children of Awakening come from, by restoring life to it along with creating graves for all those that died including their parents.

In small doses this power can stay in a person for a few years, which is the case for the Awakening children. In large doses it can last for decades. The power is passed on and likely permanent in any children they conceive regardless of dose, as the children still retain the power years after its used on their parents. Even though Odin, Laslow and Selena were given this power by Anankos, they are unable to use it in the main storyline. This of course, is most likely because they have stayed in Nohr long enough for the powers to dissipate.

Dragon Veins are only operational during main chapters and paralogues and are not active during Skirmishes in Birthright and Revelation routes. Some maps, such as the Opera House and Bottomless Canyon retain the appearance they would have if all Dragon Vein points are active.

Units who can utilize Dragon Veins are marked with a crown icon to the left of their names on their stat profiles.

There are sixteen playable characters who will always have the ability able to access Dragon Veins:

Note: All units not listed above or do not apply with the latter two points are able to utilize a First Blood, granting them the ability to use Dragon Veins. Additionally, any child of a First Blood user will inherit the ability if they are recruited after the parent has consumed the item.

There are also several enemy characters that have Dragon Vein access. Their utilization of the ability is generally restricted to scripted events, or on specific turns during a chapter.

In the action game spin-off Fire Emblem Warriors, some maps feature bases housing Dragon Veins that can be accessed if the base is taken by the player's forces. When used, they alter the landscape and make paths in hazardous or impassible terrain. Unlike in Fates, there is no restriction on which characters can or can't activate a Dragon Vein. 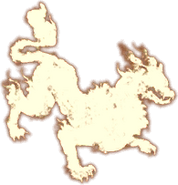 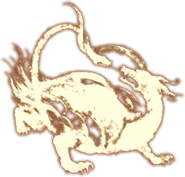 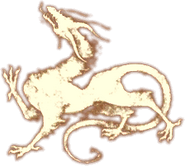