Lisa Reimold
[view]
“As something of an inventor myself, I have the utmost respect for our first king—and I love this country. But a coup d'état brought Niðavellir to ruin... I will do anything to save this country, so you have my support.”
—Eitri speaking with the Order of Heroes

Eitri is a non-playable character introduced in Book V of Fire Emblem Heroes. Known as the forest sage of Niðavellir, she pretends to be against the army of Niðavellir and assists Reginn and the Order of Heroes in their quest to find a way to defeat Fáfnir. However, she is secretly working with Ótr (Fáfnir's stepbrother and Second in Command) and is the true main villain of Book V.

Eitri is a sage known for her hobbies of crafting and inventing using seiðjárn. Because her forest is well guarded by traps, few people, not even those from Niðavellir, tread there unless absolutely necessary.

After repelling her brother Ótr with the aid of the Order of Heroes, Reginn suggests finding Eitri to give them aid. As they enter her forest, Eitri's traps slow down the Order of Heroes, allowing Fáfnir to corner them. Despite their best efforts, Fáfnir's overwhelming power nearly wipes them all out until Eitri's timely appearance allows them to escape. Before leaving, she states her displeasure at Fáfnir's descent and vows to help the Order of Heroes stop him.

Once the Order of Heroes gains the assistance of Dagr and Nótt, Ótr goes to Eitri's sanctum, where she tries to replicate the Breidablik's power with seiðjárn to make the Járngreipr, a weapon able to destroy the portals between other worlds. When the Order of Heroes catch up to him, Eitri reveals that she intended on betraying them from the start. She attempts to summon heroes, but the summon was incomplete and the heroes' souls were destroyed. The Heroes then chase after and save Kiran, who she wanted to kill so she could use their soul to complete her weapon. However, the Heroes failed to defeat her and retreat. She then decides to use Fáfnir's love for conquest in order to force the Heroes to go after him. Her plan is to capture Kiran again while their allies are facing the King so she could complete Járngreipr.

Eventually after Fáfnir finds a copy of Breidablik during the conquest of Embla, he immediately heads back to her forest to confront Eitri of the truth. She quickly appears where she reveals that Fáfnir was also another one of her summoned experiments as a ploy to fix her nation. She also reveals Járngreipr was made just to make sure Ótr wouldn't lose him before she turns Gramr on the king and drags him to her realm.

Known for her skills in crafting and inventing, Eitri is very wise and cunning as she's able to create traps that makes her forest well guarded and come up with a variety of plans. She's also kind and considerate to those she allies with and is surprisingly calm even in the face of danger.

Eitri is very manipulative, fooling Reginn and the Order of Heroes that she was on their side while plotting to steal the Breidablik from Kiran and use it to experiment. She is very indifferent towards human life, having no qualms with human experimentation when trying to master the art of summoning, even when the heroes' souls were destroyed.

In Norse Mythology, Eitri the dwarf was the creator of the golden boar Gullinbursti, the golden ring Draupnir, and the hammer Mjölnir. He is also the brother of Brokkr. 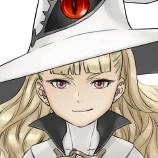