Fódlan (フォドラ, Fodra) is a continent and the setting of Fire Emblem: Three Houses.

Fódlan's recorded history begins 41 years before the founding of the Adrestian Empire, with the appearance of Saint Seiros in the Enbarr region. Seiros performed miracles that inspired the people, and the Church of Seiros was founded to venerate her.

The Adrestian Empire was founded in Imperial Year 1 by Great Emperor Wilhelm I, with Enbarr chosen as its capital due to the presence of Seiros. In Imperial Year 32, Wilhelm I launched the War of Heroes with the goal of conquering all of Fódlan for the Empire. Nemesis, the King of Liberation, united the Empire's opponents under his leadership. Seiros finally slew Nemesis at the Battle of Tailtean in Imperial Year 91, but the war did not end until 98, when Wilhelm I's successor, Lycaon I, succumbed to illness.

In Imperial Year 751, the Holy Kingdom of Faerghus seceded from the Empire after winning the War of the Eagle and Lion. The Church crowned Faerghus's first king, Loog of House Blaiddyd, and granted his nation autonomy. In 801, the region of Leicester rebelled against the Empire, and the Kingdom took the opportunity to occupy the region. In 861, the death of King Klaus I led his three sons to partition the Kingdom into three parts, with each of them ruling a part as an archduke. The death of the archduke of Leicester in 881 gave the Leicester lords the chance to form an alliance rather than accept his heir, sparking the Crescent Moon War. In 901, the war ended with the founding of the Leicester Alliance under the leadership of the influential Duke of Riegan.

The constant threat of foreign invasion from countries beyond Fódlan eventually forced these three powers to band together under the Church. By 1180, the Church continues to exert its influence to maintain peace and harmony within the continent.

Fódlan is divided between three rival countries and the Church of Seiros, which controls a small, neutral territory in the central Oghma Mountains. While often at odds with each other, they have demonstrated a willingness to cooperate against aggression from countries outside Fódlan.

The Adrestian Empire in the south of Fódlan is monarchy ruled by an emperor. Its capital city is Enbarr, the most populated city on the continent and the seat of House Hresvelg, a dynasty that can be traced back over 1,100 years to the nation's founding. Recently, Emperor Ionius IX was strong-armed into ceding much of his authority to the prime minister, Duke Aegir, in the Insurrection of the Seven. With the nobility mired in corruption, Princess Edelgard has resolved to reclaim what her father lost and restore the Empire to glory.

The Holy Kingdom of Faerghus in the north of Fódlan is a monarchy ruled by a king. Its capital city is Fhirdiad, an isolated yet bustling city controlled by House Blaiddyd, the royal family. Recently, the Kingdom suffered the loss of several nobles and its king, Lambert, in the Tragedy of Duscur, a misfortune that left deep scars on the populace and sparked the genocide of the people of Duscur. Crown Prince Dimitri, the only survivor of the assassination, is haunted by his experience as he prepares to assume the throne.

The Leicester Alliance in the east of Fódlan is a republic ruled by a council of nobles. Its capital city is Derdriu, an industrious port controlled by House Riegan, the noble family that leads the Leicester Alliance Roundtable. Recently, amidst ongoing troubles with the neighboring kingdom of Almyra, the current Duke Riegan announced his grandson Claude would succeed him. Alliance leadership had briefly been thrown into question after the death of the duke's son and heir Godfrey, as Godfrey had no heir of his own and his sister had not been seen in years.

Fódlan is only one continent on an unnamed world. It is surrounded by a number of other continents, countries, and regions:

Fódlan's Calendar uses "Imperial Year" as its era name, and the epoch or origin event of the era is the founding of the Adrestian Empire. The events of Fire Emblem: Three Houses initially take place in Great Tree Moon of Imperial Year 1180, and then resume in 1185. Great Tree Moon is considered the start of a new year in Fódlan.

The calendar divides a year into twelve months that correspond with the twelve months of the real world Gregorian Calendar. Each Fódlan month shares the same number of days with its Gregorian counterpart:

The Japanese name is their spelling of Fódla, an Irish goddess and one of three sisters.

Morfis is likely named after Morpheus, god of dreams and one of the children of Somnus.

Albinea could be named after Albion, the oldest known name of Great Britain, or Alebion, a son of Poseidon who attacked Heracles.

Brigid could be named after Brigid, an Irish goddess associated with spring, poetry, healing, fertility, and smithing, Brigid, a patron saint of Ireland, or Bridget, a saint of Sweden and founder of the Bridgettine Order.

Almyra could be named after Palmyra, an ancient city located in Syria.

Sreng is likely named after Sreng, a champion of the Fir Bolg people in Irish mythology. 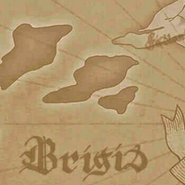 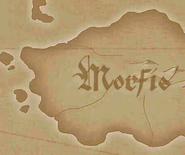