The key art is illustrated by Yusuke Kozaki, with the characters taken from Fire Emblem Fates: Conquest. It features five cards that can only be obtained in this set.

The Princess Chosen by the Future, Corrin 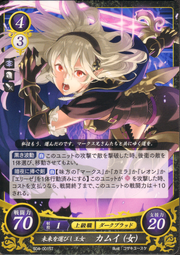 The Crown Prince of Nohr, Xander 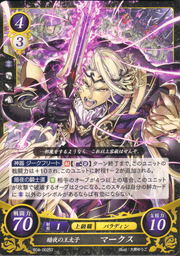 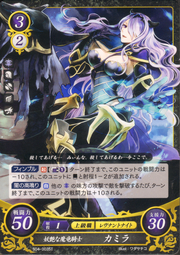 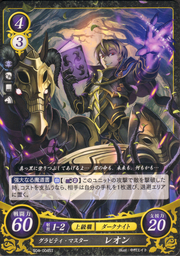 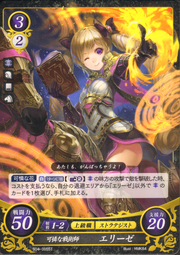 Retrieved from "https://fireemblem.fandom.com/wiki/Fire_Emblem_0_(Cipher):_Conquest?oldid=353301"
Community content is available under CC-BY-SA unless otherwise noted.