Fire Emblem Awakening Drama CD is an original drama CD authored by the development staff that occurs during the time-skip (Volume 1), Chapter 10 and 11 (Volume 2) and during Timeline A (Volume 3).

Volume 3: Future of despair-recollections of a future requiem[edit | edit source]

Volume 4: The Bond of the Underworld: Quest for the Dreaming Tiara[edit | edit source]

The Bond of the Underworld: Quest for the Dreaming Tiara[edit | edit source] 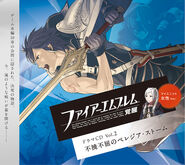 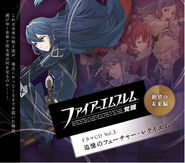 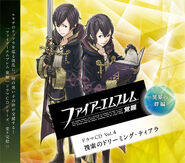 Preorder box cover of Volume 3.
Add a photo to this gallery