Fire Emblem Echoes: Shadows of Valentia is a Japanese tactical role-playing game for the Nintendo 3DS developed by Intelligent Systems and published by Nintendo. It is the fifteenth game in the Fire Emblem series and a remake of Fire Emblem Gaiden. It was released in Japan on April 20, 2017, and internationally on May 19, 2017. This game is the first Fire Emblem title to receive an official Traditional Chinese, and Simplified Chinese translation.

Fire Emblem Echoes: Shadows of Valentia was first announced during a worldwide Fire Emblem Nintendo Direct on January 18, 2017 as a remake of Fire Emblem Gaiden. Shadows of Valentia marks the third remake of a previous Fire Emblem installment, the first two being Fire Emblem: Shadow Dragon and Fire Emblem: New Mystery of the Emblem. The Gaiden remake received a full visual overhaul with full 3D models and new animated cut scenes produced by the animation Studio Khara, and it is the first core series Fire Emblem title to feature full dialogue voice-acting. The updated character designs were created by the Japanese illustrator Hidari, previously known for his work on the Toukiden and Atelier series, as well as a variety of light novels and other media. Hidari was given significant freedom in reimagining the cast of Gaiden, as a number of characters were completely redesigned, and aside from their Gaiden gameplay portraits, a significant number never had official character art before at all.

Fire Emblem Echoes: Shadows of Valentia follows the same basic plot as Fire Emblem Gaiden, with the protagonists Alm and Celica fighting in a war that has consumed the nations of Rigel and Zofia on the continent of Valentia. Shadows of Valentia introduces new characters to the story that did not exist in Gaiden such as a new friend of Alm, Faye, and a new villain in Berkut (who replace Seazas in Act 4), as well as a new prologue that expands on Alm and Celica's childhood relationship. Additionally, a sixth chapter is added after the end of the original Gaiden story, expanding on the lore of Valentia and connecting the game to Awakening through its revelations of the origin of Grima.

Fire Emblem Echoes: Shadows of Valentia retains and updates many mechanics that originated in Fire Emblem Gaiden. Among these include a navigable world map, as well as freely explorable towns and dungeons. Such exploration takes place from a third-person behind-the-back perspective, and when an enemy is encountered during exploration, the game transitions to a traditional Fire Emblem tactical battle. If the player can preemptively strike the enemy icon in the dungeon to start the battle, the enemy units will begin the fight with a slight reduction to their HP and their starting positions will be closer to the enemy. Echoes also retains the unique battle system used in Gaiden, making map battles much different from other Fire Emblem titles. 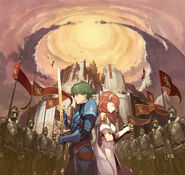 Artwork of Alm and Celica in the Shadows of Valentia Official Soundtrack.

The banner used in the introduction movie. 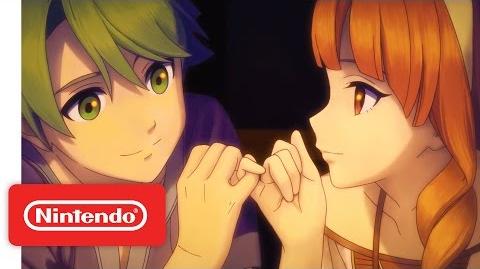 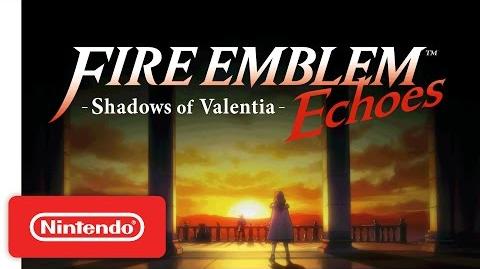 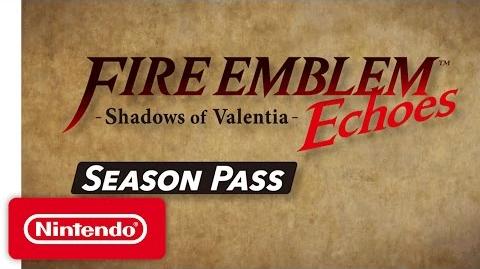 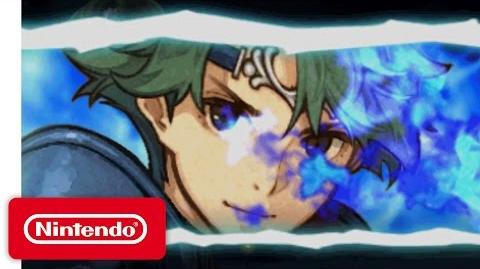 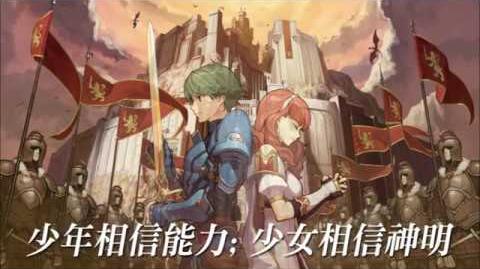 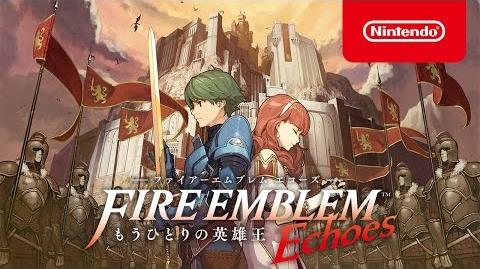 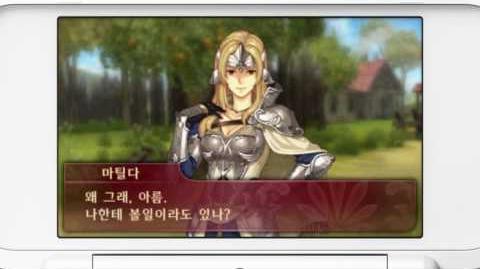