We have now gone to the voting phase, see here 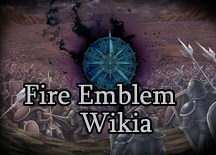 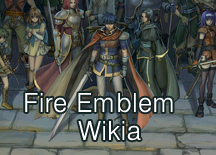 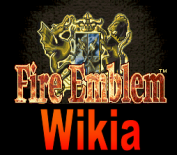 The second one is a little messed up.
Fire Emblem Logo can be moved around, resized. Wiki can be changed to wikia if wanted, color can be changed. Suggestions for pictures can be put below.

It's made bigger in the second image. I was just showing how it could be made bigger/moved around. — Balistic 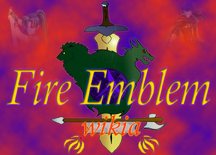 (if anyone knows where i can find a good picture of ragnell, falchion or lehrans medallion, then i can make this logo more professional lookin')

Easier said than done. Counting just the games, only about two of the Emblems are actually seen by the player.--Otherarrow 21:27, 13 August 2009 (UTC)