The Fire Sage ( Faia seiji) is a combat magical class that is exclusive to Fire Emblem: Radiant Dawn. The promoted form of the Fire Mage class, Fire Sages wield Fire magic as their primary weapon of choice, and are also able to wield Thunder and Wind magic as their secondary weapons. The Fire Sage class is one of three classes that the classic Sage class is split into, the other two being the Thunder Sage and Wind Sage classes. 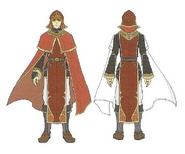 Concept artwork of the Fire Sage class from Radiant Dawn. 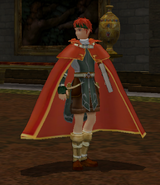