Long ago, twelve powerful dragons waged war on each other to determine who would control the world. One of the Dragons, the Rainbow Sage, forged the legendary weapons Yato, Fujin Yumi, Raijinto, Brynhildr, and Siegfried as a means to fight them. Humanity was selected to wield these weapons, plunging them into the Dragons' war.

It is said that the current royalty of Hoshido, Nohr, and Valla all acquired their Dragon Vein ability thanks to their ancient lineage to the Dawn Dragon (光竜, lit. Light Dragon), Dusk Dragon (闇竜, lit. Darkness Dragon), and Anankos the Silent Dragon (透魔竜, lit. Invisible Demon Dragon), respectively. Similarly to the Manaketes, the surviving First Dragons can suffer from degeneration if their primal instincts are left unchecked.

Some of the histories of the First Dragons are recited in the Ancient Texts in the Records Hall. These texts mention a war between twelve dragons for control of the world, with some of these dragons using humans as pawns to further their goals. The dragons blood-bonded with their chosen humans and granted them incredible power. Eventually, the First Dragons began to degenerate, and most of them cast off their mortal bodies to avoid falling to death or madness while their blood bonded descendants persevered.

After the disappearance of the majority of the First Dragons, one dragon, Anankos, remained in Valla for a time as a benevolent figure to its people. However, over time Anankos would begin to degenerate, and thus the rulers of Valla would have to sing the song Lost in Thoughts All Alone in order to suppress his descent. However, as Anankos had feared, one day his degeneration became so strong that he lost control of his emotions and accidentally killed the final King of Valla. With his one friend dead by his hands, Anankos rapidly degenerated, plunging Valla into chaos and destruction.

Shortly before the events of Fates, a "fragment" of Anankos sought help from a country in another world. Arriving in Ylisse, he calls out to three warriors who helped to quell a Fell Dragon. Thinking that they could provide the key to help his child one day take down his dragon form, he enlists their aid to stop his madness.

The only known surviving members of the First Dragons during the events of Fates are Anankos, the Rainbow Sage, and Moro. Anankos takes the role of the primary antagonist due to his degeneration, while the Rainbow Sage takes a passive role in giving Corrin some advice and power for their Yato in all three routes. However in Conquest and Revelation the Rainbow Sage dies shortly after upgrading the Yato. He survives in Birthright, but he suspects he will be long dead before he can see Corrin's accomplishments for himself. Moro is never seen in-game, but he grants Lilith the ability to temporarily transform into an astral dragon in order to rescue Corrin from falling into the Bottomless Canyon. He also allows her to transform back into her human form when she is killed in Birthright or Conquest, respectively.

During the events of the Birthright and Conquest campaigns, Anankos's involvement in the conflict between Nohr and Hoshido is unknown due to the curse he placed on Valla at an unknown time in the past. In the Revelation campaign Azura is able to explain who the true enemy is to Corrin when they first travel to Valla shortly after Chapter 6. Corrin gathers the combined strength of Hoshido and Nohr to kill Anankos.

During the Events of both Birthright Chapter 25 & Conquest Chapter 21, Lilith is killed by either Hans or a Faceless, and in both routes, the Astral Dragon Moro gives her power to return to her human form for her final moments. However in Revelation routes, Lilith is still alive. In Revelation Chapter 6, Lilith took Corrin, Azura, and Felicia/Jakob to their castle. 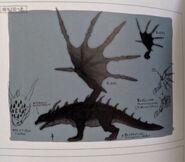 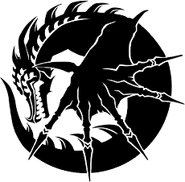 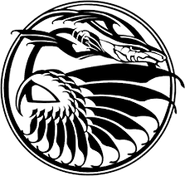 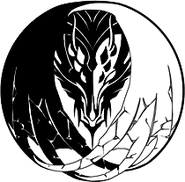