Flora is a playable character in Fire Emblem Fates and an ally on the Conquest and Revelation routes.

After the battle, since Corrin only wanted to stop the Tribe's rebellion without killing anybody (but not without injuring people in self defense), both Flora and Kilma are spared along with their tribesmen. While Elise and either Jakob or Felicia go and heal the wounded members of the tribe, Corrin explains to both her and Kilma that they simply wished to end the matter peacefully and even denounced their faith to Garon to them. They believe Corrin and promise to stop the rebellion and await for Corrin's revolution to succeed. Corrin and their Nohrian allies return to Windmire while Flora stays behind with the rest of her tribe.

While Felicia looks up to her for her flawless maid skills, Flora is envious of Felicia for her stronger fighting skills. Flora feels that Felicia is stronger in character, as she is willing to always stay by Corrin's side, refusing to back down to intimidation. In both Conquest and Revelation, out of fear for her own life and her people's safety, she decided to go against her former liege and sister so King Garon would not execute her and the Ice Tribe. While she lives in Conquest and Revelation after this ordeal, in Birthright, feeling guilty for her mistaken choice, Flora takes her own life as a means to atonement, finally feeling at peace before she dies. 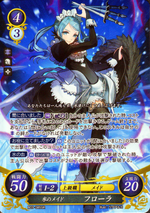 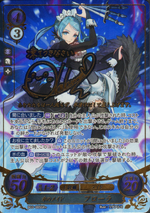 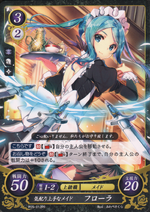 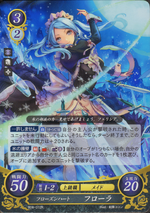 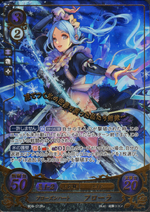 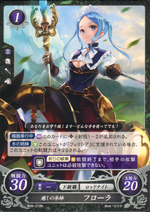 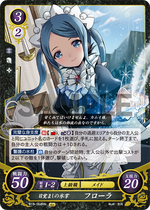