Stephanie Southerland
[view]
Freyja is the main antagonist of Book IV from Fire Emblem Heroes. She is a Dökkálfar, and queen of Dökkálfheimr, the realm of nightmares.

According to Freyr, Freyja was ridiculed for having a mark on the underside of her nose as a child. As a result, despite her beauty having blossomed and several sought to court her, Freyja rejected all others and focused her affections solely for her brother, as he was the only one kind to her.

At the end of Chapter 4, Freyja, with the help of Plumeria and Triandra, took advantage that Freyr gave away Gullinkambi, his only defense against Freyja and the Dökkálfar, to the Order of Heroes, and kidnaps him.

In Chapter 9, Freyja forces the necklace Brísingamen onto Freyr, allowing her to have access to both the power of Dreams and Nightmare, and as a result become omnipotent. When she relinquishes her brother's power of dreams, she created copies of herself to attack and harass the Order of Heroes, forcing them to retreat, but chooses not to kill them right away because she'd rather torture them to convince them she's omnipotent.

In Chapter 10, she encounters the Order of Heroes again and is about to kill them. However, Freyr tells the Order to kill him so they can weaken Freyja which they reluctantly do. Freyr's death causes Freyja to lose the power over dreams causing her to scream in rage and grief over her brother's death.

In Chapter 11, she relentlessly pursues the Order of Heroes, determined to make them suffer and know the pain she felt upon losing Freyr. Along the way, she tells them the story of how ordinary human children were turned into alfr to save the dream world, and then taunts Mirabilis and Sharena about their lost memories. Eventually, she sets Plumeria loose on the Order, and isn't too surprised at her defeat and death afterwards.

Contrary to her more benevolent and kind brother, Freyja is rather uncaring towards humans, as while Freyr laments the fact they turned humans into ljósálfr and dökkálfr, therefore stripping their mortal lives, she has no regrets about it since this saved their world and now sees them as little more than tools to further her plots.

This is in large part due to how she was often mocked her for appearance, despite being timid and compassionate when young. When Freyr became the only person who looked out after her, she grew up admiring her elder brother Freyr so much that she would do anything for him. So much so that, despite her malevolent intentions, she still cared for her brother and openly grieved for him after he's killed.

Lady of Nightmare
Queen of Dökkálfheimr, realm of nightmares. Loves her older brother Freyr dearly, raging with bitter jealousy at his care for lesser mortal creatures.

In Norse Mythology, Freyja is the Norse goddess of love, fertility, beauty, war, death and sorcery. She's also the ruler of Fólkvangr and the twin sister of Freyr. 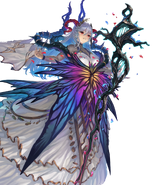 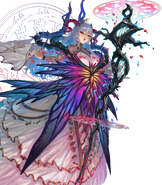 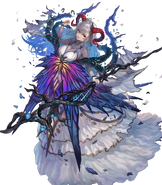 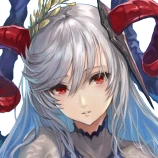 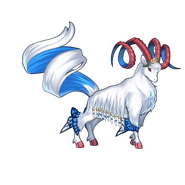 Freyja's transformed sprite.
Add a photo to this gallery