Generals can act as very effective "walls" in the formation of chokepoints to block the advance of enemy forces as well as endure in survival and defense-objective battles. Enemy troops tend to have a difficult time penetrating these units, and thus set up a nigh-unbreakable chokepoint, especially if a healer is right behind them. They can be used to block small entrances to prevent opposing units from getting past them, a fact that is very useful to prevent thieves from escaping with looted treasure. A General's weaknesses are magic and anti-armor weapons (such as the Armorslayer), as well as fast-moving, durable and powerful units like Heroes, experienced Paladisn and Warriors. In many recent titles, Generals have higher Resistance, thus making speedy units and anti-armor weapons their prime weakness. 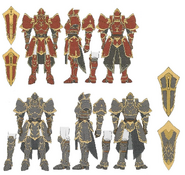 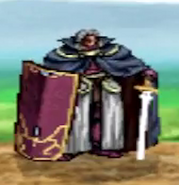 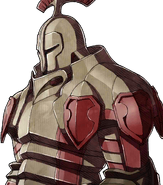 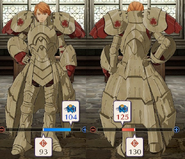 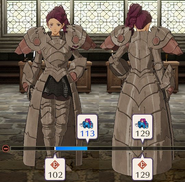