Book III Caoter 2-5: A Father's Legacy Part 5: Into the Gates

Edward Bosco
[view]
“You are moved to save people. Is that it? But a king's duty is not to rescue those he sees in front of him... A king's domain holds thousands. Protecting each and every one of them—that is the duty of a king.”
—Gustav to Alfonse in Book III: Chapter 2.

Gustav is a character in Fire Emblem Heroes. He is the King of Askr and the father of Alfonse and Sharena.

Gustav is the wise king of Askr. In his youth as a prince, he was well acquainted with Henriette and was known for rushing to aid any sort of danger posed to the citizens of Askr. He would later marry Henriette and have two children with her, Alfonse and Sharena.

Twenty years prior to the main story, Gustav fought Hel barely escaping alive, after she gave him a scar on his face and took his father's life.

Gustav was first mentioned by Anna during Book II Chapter 3, where he was defending Askr from Múspell's invasion along with his knights. In Chapter 4, Alfonse tells Fjorm that Gustav was quite angry with Alfonse's decision to join the Order of Heroes because he was against royalty having such a hands-on role in protecting the people and has not seen nor spoken to him since. Despite this, Alfonse expresses that he and his father feel the same way about Askr and its people.

When Askr is attacked by the forces of Hel, Gustav summons Alfonse to discuss the situation. He explains that 20 years prior to the events of the game, he ordered a barrier to be erected encircling an ancient tomb that serves as a gate to Hel to hold back their forces, but it has finally dispelled. Thus, he tasks the order to lead the charge to the tomb and gather information for the knights that come after.

Later, when he arrives alongside his forces, Gustav berates Alfonse for his recklessness in defending a town since a single mistake could've cost his life, pointing out that while the loss of innocents would be a tragedy, it would be even worse if Askr lost its crown prince while its king doesn't have much time left, which would cause even more harm to the kingdom, which causes him to declare he is far from ready to be king.

In Chapter 3, as both the Order and his knights Hel's forces, Gustav warns Alfonse not to face her in combat by informing of his previous struggle against her, though this ends up being in vain, as he and the Order of Heroes face Hel anyway, where she curses him and tells him he has 9 days to live.

Hearing this later, Gustav's still concerned for Alfonse's safety despite being upset for having been disobeyed and declaring that Hel will not stop until he's dead. As they try to find a way to avoid this curse, both him and Alfonse tries to reconnect with each other, as Alfonse remembers what his mother had told him about his father's past, while Gustave hands Alfonse a dead branch from his son's youth which he doesn't recognize, but says he'll remember when the time comes.

By the time the given deadline has ended, Hel has arrived and is about to take Alfonse's life. But at the last minute, Gustav takes the fatal blow from Hel's scythe in order to save Alfonse, as he figured out of that the nature of Hel's curse is that someone from the inflicted's bloodline has to die, rather than the person themselves. Surprised at this, Hel asked why did he do it, to which Gustav says his duty as a king and a father was to protect his son and make him king in his place. Before Hel takes his life, he tells Alfonse to become a good king. Later on, after learning of his death, Henriette reveals to Alfonse and Sharena that he had been suffering from a severe illness and that he did not have long to live.

After his death, Hel makes him one of her generals, which is later revealed in Chapter 5. Although his body is under Hel's control, his mind is still intact and tells his children to strike him down before they cross through the gates to arrive in the Realm of the Dead.

A stern and somewhat harsh man, Gustav is ready to make sure to keep peace within his kingdom for his subjects by defending them from any sort of threat, even the likes of Embla, Múspell, and Hel. Interacting the same way to his children, he acts so because of his status as king, but he cares for them deeply. His gruff exterior is reserved towards Alfonse in particular, as he often call his son out on his decisions and brashness as he tries to teach the burdens of kingship on him, whom he feels is not ready for it.

This is for good reason, however, as Henriette noted that Gustav was much like Alfonse in his youth, constantly rushing out to help out any individual who needed aid, regardless of the risk or consequences. However, after a close encounter with Hel in which he escaped with his life by pure luck, and the death of his own father by Hel's curse, he became much more cautious and thoughtful in his actions.

Exsanguinator
General of Hel, realm of the dead. Under the spell of Hel's queen, he is a tool of war made for converting the living into new recruits for the army of the dead.

Gustav is a common male given name of likely Old Swedish origin used in the Nordic countries, possibly meaning "staff of the Geats or Goths or gods", derived from the Old Norse elements Gautr ("Geats"), Gutar/Gotar ("Goths"), goð ōs ("gods") and the word stafr ("staff").

It is also a common name for Swedish monarchs since the reign of Gustav Vasa, borne by eight Kings, including current king, Carl XVI Gustaf. 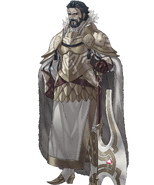 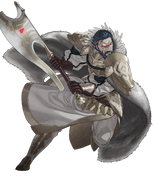 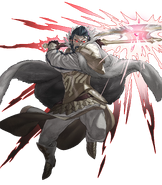 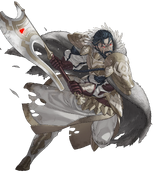 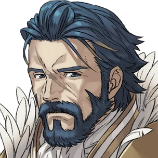 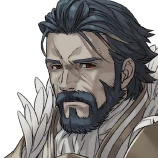