Hammerne (ハマーン Hamān), also known as Repair (リペア Ripea), is a recurring Staff in the Fire Emblem Series. When cast, this staff will restore the durability of a selected ally unit's weapon. In most games within the series, only one such staff may be obtainable, alongside the fact that it tends to have very limited durability. This essentially means that the staff should only be used when absolutely necessary, such as when a rare weapon is about to run out of viable uses.

In TearRing Saga: Utna Heroes Saga, this staff is also known as the ☆Repair Staff (リペアの杖 Ripea no tsue).

The Hammerne Staff, as it appears in the sixth series of the TCG. 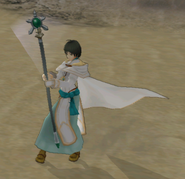 Laura wielding the Hammerne Staff as a weapon in Radiant Dawn.

Lena using the Hammern in Ankoku Ryu to Hikari no Tsurugi. 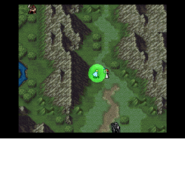 Safy Repairing one of Asbel's possessions in Thracia 776.

Clarine summoning the powers of Hammerne in order to repair Sophia's tome of Apocalypse in The Binding Blade.

Rhys casting Hammerne on Mist to restore her Florete blade in Radiant Dawn.