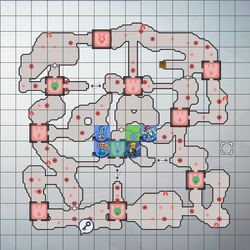 Rowan collapses with a high fever just moments after clearing up Hinoka's confusion. His friends rush to save him, but a familiar face stands in their way.

Seize the forts and search for herbs!

Seize the nearby forts and search for herbs!

Defeat Takumi and seize the fort!

Defeat the Samurai to prevent reinforcements!

Stop the Sky Knights from reaching the forts!