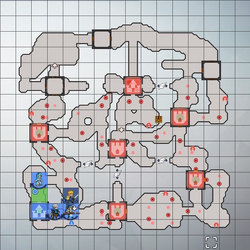 After the party divides in two, Rowan's group arrives at Desolate Gorge. Upon arrival, they set out to save a woman surrounded by enemies, which in turn leads to a great misunderstanding.

Seize the forts to stop the enemy' advance!

Defeat the Archers and rescue the Mage!