Knight
[view]
“You're living proof that even cowards like us can make our way in the world.”
—Ignatius to his father

Ignatius is the son of Benny.

Though he looks imposing at first glance, Ignatius is a timid person, much like his father is; but like his father, Ignatius is much kinder than he looks. He is fond of cute things. He is shown to treasure a charm given to him by his father to protect him. His supports with his father show that the two can be quite awkward around each other and are quite unsure of what to say when alone together.

In addition to his timid nature, he is deeply afraid of bugs to the point where it is shown he usually gets his mother to handle any bugs that bother him. He is also afraid of ghosts and clowns, as revealed in his supports with Selkie.

His birthday is August 16.

*Ignatius will receive whatever secondary class that the Avatar has access to if he has achieved an S-Support with her.

Ignatius as a General by Hatori Kyoka.

Ignatius as a General in Fire Emblem 0 (Cipher). 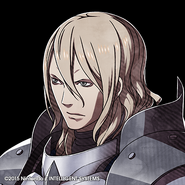 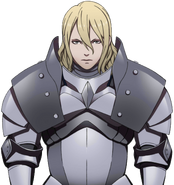 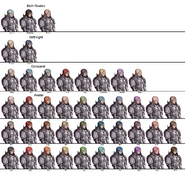