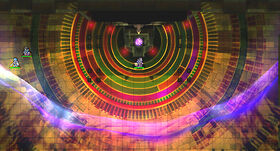 Chapter script
[view]
“In a vision that feels neither real nor dreamed, Robin and Chrom defeat the mage Validar. But in the vision's last moments, events take an unexpected turn.”
—Opening Narration

The player fights Validar with Chrom and Robin. The game explains basic controls step by step. After defeating Validar, the player experiences a cutscene in which Validar falls, but then Robin kills Chrom. Despite this, Chrom tells Robin to not blame themself.

This chapter occurs in Lucina's timeline, and Robin who killed Chrom turns out to be Grima.