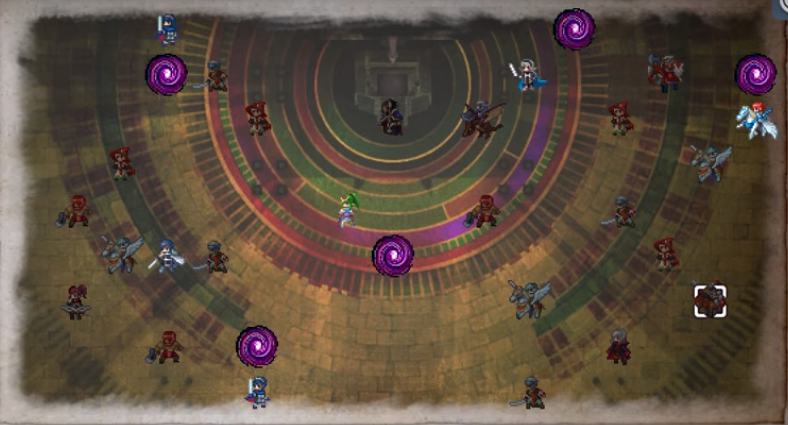 Chapter script
[view]
“The Ylisseans go to the Dragon's Table to retrieve the Emblem, but the ritual to resurrect Grima is already under way. They break through and head for the altar.”
—Opening Narration

Invisible Ties is the first History Mode map of Fire Emblem Warriors after beating Chapter 5 of Story Mode. This map takes place in The Dragon's Table and is a loose adaptation of the chapter of the same name in Fire Emblem Awakening.

Mages are responsible for the Walls of Darkness. Defeating them causes these walls to disappear.