Arcanist
[view]
“You persist in your ignorance of Duma's teachings at your own peril!”
—Jamil's battle quote

Jamil is an enemy boss character in Fire Emblem Gaiden and its remake, Fire Emblem Echoes: Shadows of Valentia.

An Arcanist of the Duma Faithful, Jamil guards the Duma Tower. His dialogue and appearance suggests he has lost his soul, much like the Witches.

He possesses the rare Upheaval ability. 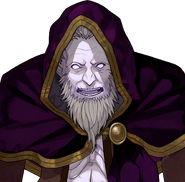 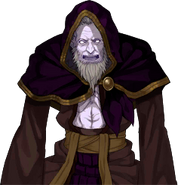