Preface
[view]
Kiran is a protagonist in Fire Emblem Heroes. Similar to Mark from Fire Emblem: The Blazing Blade, Kiran is a silent character who is an Avatar, representing the player in-game and is thus responsible for the army's strategy, but does not directly participate in battle. Their name is customizable by the player.

As a stand-in for the player, Kiran is indicated to be from our world. Upon describing where they came from, the other characters marvel at the ideas of skyscrapers and cars. Ephraim also mentions that Kiran has, at some point, said that the Breidablik, which looks like a pistol, resembles the weapons of Kiran's world.

Kiran makes no direct appearances in game except during the cutscenes of the game, during Summoner Support events, and as a figure on the tap icon in Tap Battle Casual Mode.

According to Líf in Chapter 12, the Kiran from an alternate universe was killed by Hel, but not before giving their Breidablik to Líf before "he" was succumbed to his wounds by Alfonse to give that other Breidablik to Kiran. With those two Breidabliks, the Order of Heroes may have found their solution to defeat Hel once and for all. 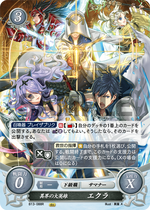 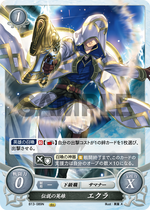